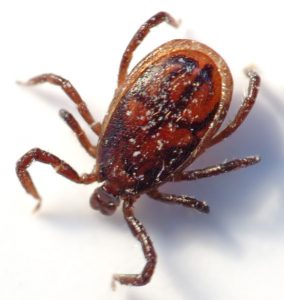 On December 20, 2019, President Trump signed the Kay Hagan Tick Act into law as part of an end-of-year spending package that had passed both Houses.
The bill had been introduced by Rep. Chris Smith (R-NJ) in the House and by Senator Susan Collins (R-ME) in the Senate. The bill language was changed in the Senate before passage out of the Senate HELP Committee. That language was changed slightly again at the House level before being incorporated into the end-of-year Appropriations bill.  The good news is, Lyme will get some monies for the development of a vector-borne disease national strategy and also for CDC grants to States to help provide funding for surveillance and other vector-borne diseases issues.  The amount given for tick-borne diseases will not be known until the FY2021 appropriations process is complete since the bill includes all vector-borne diseases, mosquito, and tick-borne.
Text of Tick Act Signed by President
Click here for Congressman Smith’s News on Tick Act
« Torrey vs. IDSA/Insurers Lawsuit Update: Proceedings Delayed ‘Till Feb. » Help Us Work for You!