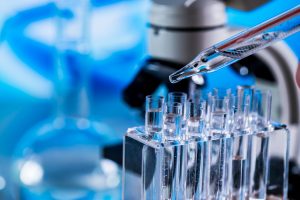 According to a Pfizer press release, VLA15 is the only active Lyme disease vaccine program in clinical development today. The program covers six serotypes of Lyme disease that are prevalent in North America and Europe.  The vaccine’s mechanism targets the outer surface protein A (OspA) of Borrelia burgdorferi (Bb), the bacteria that causes Lyme disease. OspA is one of the most dominant surface proteins expressed by Bb when present in a tick.

Pfizer states that VLA15 has demonstrated strong immunogenicity and safety data in pre-clinical and Phase 1 studies. In July 2017, the program was granted Fast Track designation by the U.S. Food and Drug Administration (FDA). Valneva expects to report on results from the first Phase 2 studies by mid-2020.

Comments From the Lyme Disease Association
The Lyme Disease Association President, Pat Smith, had this to say about the announcement:  “A safe and effective vaccine for Lyme disease has been a goal for many decades. Unfortunately, many stakeholders, especially some vaccine recipients and providers who were then giving the vaccine, felt there were problems associated with the past Lyme vaccine, perhaps connected to its Osp A base. There are still many unanswered questions about what really happened, and like much that happens with Lyme disease, decades later, we still do not have those answers.  The prudent thing for the government and/or vaccine developers to have done would have been to hold public meetings regarding a new Lyme vaccine with all interested stakeholders to hear concerns and answer questions about the development of a new Osp A-based vaccine and what research was done to address the previous concerns and any newly arisen concerns.

In general, much research on Lyme disease has still not been done. In fact, ~46 years into Lyme disease, it ranks below leprosy in the number of clinical trials done in infectious diseases (Goswami et al., 2013).  Those who have questioned the safety and efficacy and approval process of the past vaccine have been publicly accused of bringing that vaccine down.  When the opportunity for dialogue which engages the Lyme community and all stakeholders has not been offered as part of the approval process, it creates an atmosphere of distrust among those whose trust is necessary to accept a new Lyme disease vaccine.”

Read articles on the history of Lyme disease vaccines.