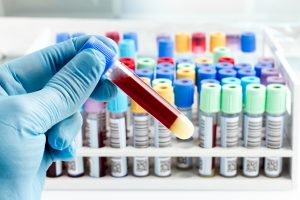 The CDC formally recommends several new serologic assay testing methods recently cleared by the FDA. The Lyme disease serologic assays, which utilize a sensitive enzyme immunoassay (EIA) for detecting pathogens, were cleared by the FDA on July 29th, 2019 and have since been determined to be acceptable alternatives for the serologic diagnosis of Lyme disease by the CDC. Serologic assays that utilize EIA rather than western immunoblot assay in a two-test format can be used in place of the western immunoblot assay as the second tier of testing.

In 1994 the CDC and FDA met with several other government health organizations for the Second National Conference on Serologic Diagnosis of Lyme Disease. The consensus reached was a recommendation for a two-test methodology which uses an EIA or immunofluorescence assay as a first test, followed by a western immunoblot assay for specimens yielding positive or equivocal results (cdc.gov). At the time, it was determined that evaluation of any new serologic assays would include blind testing against a comprehensive challenge panel, and that new assays should only be recommended if their specificity, sensitivity, and precision equaled or surpassed the performance of tests used in the recommended two-test procedure (cdc.gov).

Clearance by FDA of the new Lyme disease assays indicates that test performance has been evaluated and is “substantially equivalent to or better than” a legally marketed predicate test (cdc.gov).

According to LDA President Pat Smith, “Although it has been the hope of the Lyme community to have a new Lyme test cleared, it was always with the proviso that new technology needed to be used in test development. With the current two-tier system, which was first implemented in 1994, a positive or equivocal ELISA test is followed by the Western blot. This method is considered to be about 50% accurate by many, although treating physicians feel the Western blot is perhaps the most significant element of the current Lyme testing protocol.”

“The new two-tier testing system for Lyme disease, the ZEUS ELISA, is now being offered as an alternative to the existing testing protocol. Because ZEUS lacks a Western blot and is not a new technology, it is difficult for many to fathom how this new paradigm, that has been cleared by the FDA as ‘substantially equivalent’ to the existing testing with 50% accuracy, will improve the diagnosis of Lyme disease.”

Click here to see the CDC’s recommendation of the new serologic assay testing.