First announced at the HHS Tick-Borne Disease Working Group’s (TBDWG) September 22 meeting, the Centers for Disease Control (CDC), in a Capitol Hill Announcement, presented plans to join with five federal departments and the Environmental Protection Agency in developing the National Public Health Framework for the Prevention and Control of Vector-Borne Diseases in Humans (Framework). The CDC acknowledges that over the past 15 years, the number of vector-borne disease cases has dramatically increased due to expanding vector ranges and the proliferation of emerging pathogens. The Framework will address Americans’ continually increasing risk for contracting vector-borne diseases, which are a growing public health threat that the U.S. has not sufficiently responded to.

Vision & Mission
The vision of the Framework is to achieve “a nation where vector-borne diseases are no longer a threat to human health and well-being” with a mission “to protect people from illness, suffering, and death due to vector-borne diseases” (CDC.gov).  The CDC’s website outlines the following goals of the federal alliance:

Strategy & Stakeholders
The strategy, authorized by the Kay Hagan TICK Act of 2019, establishes priorities and lays a framework for critical vector-borne disease prevention and control activities. However, in their statement, the CDC acknowledges that the federal government cannot tackle the complex challenges presented by vector-borne diseases alone, and therefore outlines a multidisciplinary set of stakeholders including state, tribal, local, and territorial health departments; vector control agencies; healthcare providers; academic and industry partners; policy and decision-makers, including Congress and elected community leaders; public health partners, such as nonprofit organizations and associations of medical, entomological, and vector control professionals; and the public (including patients).

The CDC’s brochure for the National Public Health Framework for the Prevention and Control of Vector-Borne Diseases in Humans states that, “To protect the nation and save lives, success depends on continued collaboration, support, leadership, and excellence in innovation and program implementation.”

Learn More About the Framework
To learn more read the CDC’s brochure, A National Public Health Framework for the Prevention and Control of Vector-Borne Diseases in Humans from the CDC website.

In a recent Rutgers University-led study, researchers identified Carios kelleyi, a “soft” tick species associated with bats, for the first time in New Jersey. This parasite, of almost exclusively bats, is thought widespread in the US (as well as parts of Canada, Mexico, Costa Rica, and Cuba), with known occurrences in 29 of the 48 contiguous United States. Larvae collected from big brown bats (Eptesicus fuscus) in Mercer and Sussex counties were confirmed as C. kelleyi and added to the list of New Jersey ticks.

The risk of this tick to human health in New Jersey is unknown although C. kelleyi has been reported to feed on humans in other states. Unlike hard ticks, soft ticks feed multiple times over many years for short periods of time, with blood meals lasting just minutes to hours. The species of bats that host these ticks commonly roost in human-made structures such as attics of homes as well as barns. When not host-seeking or feeding, these ticks shelter in the cracks and crevices of bat roosting structures and may not be easily surveyed or detected. Occupants of these structures including humans, pets, and livestock, may potentially be bitten without awareness of these parasites. In other states, microbes, including a novel spotted fever Rickettsia, a novel relapsing fever-related Borrelia, and Bartonella henselae have been found in C. kelleyi. These microbes can be harmful to humans, pets, and livestock, and more research is needed to assess the medical and veterinary significance of these ticks.

The Lyme Disease Association (LDA) thanks study lead author, James L. Occi, who is also a member of the LDA’s Scientific & Professional Advisory Board, for his continued research on ticks and tick-borne diseases and for the tick photos he provided to the LDA  for this article. 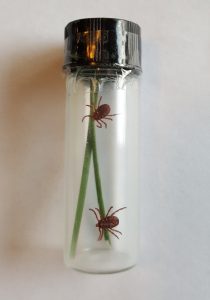 Barbier and her team will try to develop a vaccine effective against the various species of Borrelia (the Lyme disease bacteria). They will be using RNA sequencing to examine how pathogens respond in both infected ticks and mice, and identify relevant antigens during infection.

Driscoll will be studying the proteins made by Borrelia during the black-legged ticks life cycle. “In vaccine development, what we try to do is identify those proteins and target them in hopes of clearing the pathogen out, killing it, essentially. If a protein is essential for survival, it makes it harder for the pathogen to change it and evade the immune system,” says Driscoll.

Barbier has studied bacterial pathogens, including Pseudomonas aeruginosa, which requires iron to grow and infect their host. “We figured out which antigens could be used to formulate a vaccine, and found the Achilles heel to the bacteria to use against it,” Barbier said. “We focused on one system, which is the iron acquisition system of Pseudomonas.”  Since Borrelia does not require iron, she is driven to find what would be required of Borrelia.

Barbier said. “If it doesn’t use iron, what else can we use against it? By bringing in the expertise of others, we’re going to crack the problem.”

Background: The upcoming meeting of the HHS Working Group on Sept. 15 may be your last chance to influence language on persistent/chronic Lyme. At the last meeting, several members of the Working Group (WG) worked hard to have language related to patients with persistent Lyme symptoms removed from the WG report which will go to Congress at end of year. Read more about the last TBDWG meeting.

At the upcoming September meeting, the WG will vote on proposed changes in language that can affect patient access to care. Please submit verbal or written comments now, deadline to request verbal comment or to submit written comment 11:59 p.m., ET, Friday, September 4, 2020.

Meeting Details: The fifteenth meeting of the Tick-Borne Disease Working Group (TBDWG) will be held on two non-consecutive days, September 15 and 22. This is an online meeting and everyone is welcome to attend. The TBDWG will review the draft 2020 report to the HHS Secretary and Congress, as well as review and approve graphics and images for the report.

Register to Attend the Online Meeting.

How to Submit Your Request for Verbal Public Comment at September 15 meeting (heard online at meeting): Verbal remarks will be provided by the public over the phone during the live webcast and will become part of the archived recording and meeting summary that is posted afterward on the HHS website.

​Next steps: If more requests to provide verbal public comment are received than can be accommodated during the meeting, speakers will be randomly selected. You will receive notification on the status of your request on Wednesday, September 9. 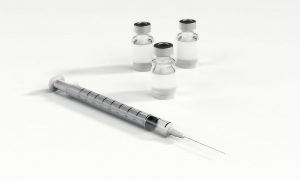 With a new $3.5 million grant from the National Institutes of Health (NIH), Utpal Pal, PhD, professor in Veterinary Medicine at the University of Maryland (UMD) will be partnering with Matthias Schnell, director of the Jefferson Vaccine Center at Thomas Jefferson University to develop a novel “next-generation” Lyme disease vaccine.

Pal, a tick immunobiologist, and Schnell, whose lab studies rabies virus as a platform for vaccination, will adapt the rabies virus platform to fight Lyme disease.  The inactivated rabies virus, which helps the body produce antibodies to fight rabies, will be repurposed to produce other types of proteins that can fight Borrelia burgdorferi, the Lyme disease bacteria, a technique found effective for other viral vaccinations.

This study will test the four already identified vaccine candidate proteins, as well as the three major types of rabies vaccine platforms– using live attenuated virus, inactivated virus, and the shell of a virus with viral proteins on the outside but no virus inside to trick the body.  Pal is also studying both Borrelia proteins and the tick proteins that keep the Borrelia alive so it can be tramsmitted to humans. 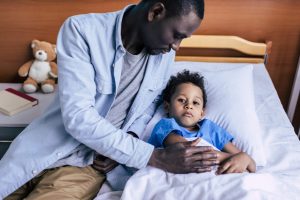 American insurer Colonial Life is offering a new critical illness plan with optional rider that offers a lump sum benefit for hospitalization for treatment of COVID-19 and over 12 other infectious diseases, such as Lyme disease, antibiotic-resistant bacteria, Legionnaires’ disease, meningitis, and sepsis.

For the critical illness plan’s Lyme disease coverage: the date of Lyme disease diagnosis must be verified and confirmed to not be a pre-exisiting condition. Payment of the lump sum benefit varies by state and the type of coverage, ranging from $5,000 – $100,000; one lump sum per lifetime. A rider for hospitalization for various conditions, including Lyme disease can be added with a maximum payout of $150,000 per lifetime. Both individual and group plans are available.

Coverage is available for up to 56 different serious conditions and treatment procedures. Additional conditions are covered for children.  Riders can be added to coverage which provide additional benefits for infectious diseases, cancer, first diagnosis, heart procedures and Alzheimer’s disease.

According to Pam Jenkins, assistant vice president for product development at Colonial Life: “Even employees with good health insurance can face significant expenses from copays, deductibles and nonmedical costs related to a serious illness. Group critical illness insurance helps relieve financial worries by providing a lump-sum benefit payable directly to you to use as needed.”

Disclaimer: The Lyme Disease Association Inc. (LDA) provides this information as a public service. LDA does not make product or services endorsements nor give permission to companies or individuals to use the LDA’s name to endorse their products or services.

Links below are video clips are from the “Lyme & Other Tick-Borne Diseases: Seeking Answers Through Science 2006,” held in Philadelphia. PA

Like what you saw? A full set of (2) DVD’s of the conference including these clips and Q & A and any discussion are available for sale.  NOT CURRENTLY AVAILABLE

In a recent study conducted in central Pennsylvania, evidence of emerging pathogens, some also common to ticks, have been found in fleas. Various pathogens can be spread by ectoparasites among animal host populations in nature. Along with ticks, fleas are found to commonly infest small mammals. The role of pathogen transmission cycles for these vectors is unknown.

In this study, small mammals were captured and fleas were collected in an effort to better understand the enzootic cycle of flea‐borne pathogens in central Pennsylvania. Pathogen testing was conducted in both the small mammal hosts and the fleas collected.

Seven species of small mammals were captured of which white‐footed mice (Peromyscus leucopus) and southern red‐backed voles (Myodes gapperi) accounted for over 94% of the captures. Only P. leucopus tested positive for the blood‐borne pathogens examined, with 47 (18.1%) positive for Anaplasma phagocytophilum and ten (4.8%) positive for Babesia microti.

Of the 61 fleas collected from small mammals and tested for pathogens,  Orchopeas leucopus was the most common flea species. Pathogenic bacteria and parasites were detected in 33.3% of total fleas collected, and included Bartonella vinsonii subspecies arupensis, B. microti, and a Rickettsia felis‐like bacterium. Researchers believe this to be the first report of B. microti DNA detected from a flea, as well as the first report of a R. felis‐like bacterium from rodent fleas in eastern North America.

At this time, only plague (Yersinia pestis) is a nationally reportable flea-borne disease in the United States. Like tick-borne diseases, under-reporting of flea-borne illnesses limits understanding of the burden of disease from these vectors. The potential for new and re‐emerging pathogens in fleas as well as the potential for fleas to play a role in natural transmission cycles of tick‐borne pathogens is not understood. This study elucidates that further investigation is needed to understand the ecology of flea‐borne disease transmission cycles, vector competence of fleas for tick-borne pathogens, and the risk to human health.