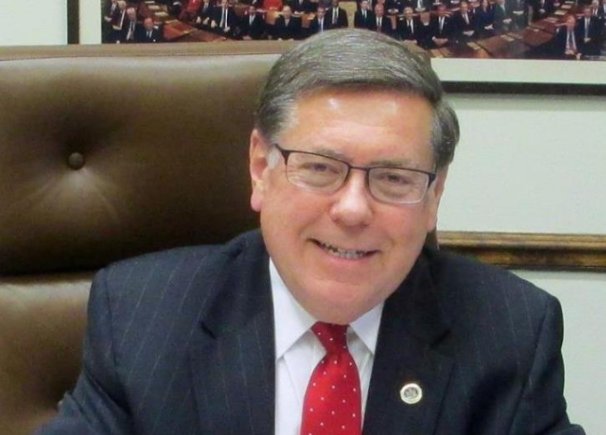 ALBANY, 03/29/18 — State Senator James L. Seward (R/C/I/Ref-Oneonta) joined this week with his senate colleagues to call on the state to investigate the impact Lyme and tick-borne diseases (TBD) may have on mental health. The senate unanimously passed legislation (S.7171) co-sponsored by Senator Seward that would require the state to study the link between infectious diseases, blood-borne pathogens and mental illnesses. The bill is the first step in a process that could lead to a better understanding of the incredible impact these diseases can have on the overall health of New Yorkers.

In August of 2017, Senator Sue Serino, chairman of the Senate’s Task Force on Lyme and TBDs (of which Senator Seward is a member) and Senator Kemp Hannon, chairman of the Senate Health Committee, held a comprehensive public hearing to look critically at the state’s response to the Lyme and TBD epidemic. It was there that testimony was given by patients, public health experts and mental health professionals that indicated that psychiatric symptoms related to Lyme and TBDs could directly impact quality of life and long-term health of patients if not properly addressed. Patients described battles with mood disorders, anxiety, depression and other mental health related issues. However, witnesses also testified that because health care providers and advocates may not immediately connect mental health issues with the emergence of these diseases, too often these symptoms go unchecked or are ultimately attributed to other causes leading to ineffective treatment and stigmatization.

“The Senate Task Force on Lyme and Tick-Borne Diseases has performed groundbreaking work and helped focus the spotlight on tick-borne illnesses,” said Senator Seward. “We know more today than ever before about these debilitating ailments and are making strides in prevention and treatment. Studying Lyme in relation to mental health is a logical step forward that can lead to improved diagnosis and treatment plans that can improve patient outcomes in the short- and long-term.”