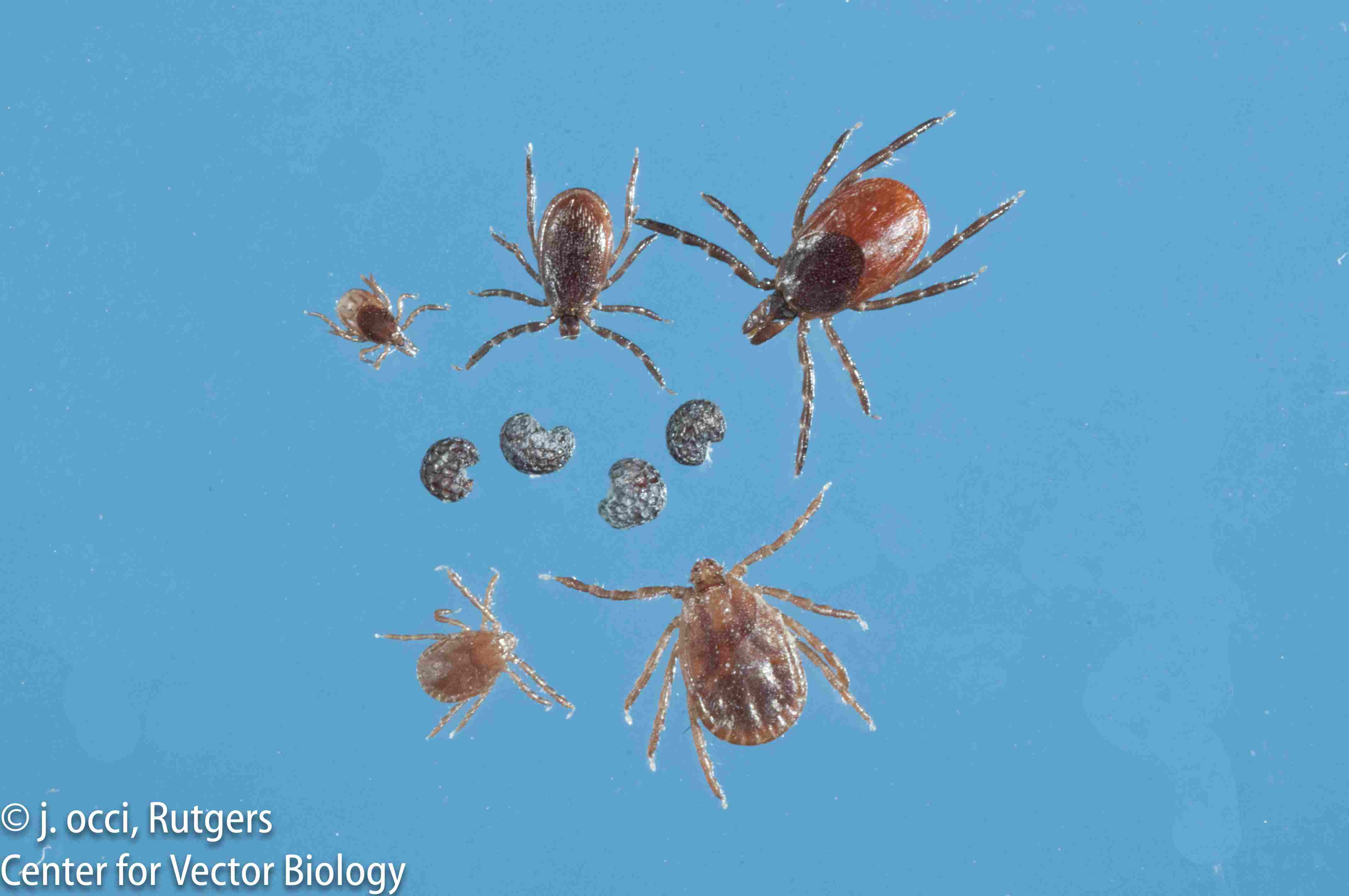 I. scapularis on top (nymph, male, female), poppy seeds in middle and Haemaphysalis longicornis (nymph, female) on bottom. Thanks to J. Occi, Rutger The Lyme Disease Association reports that according to the National Veterinary Services Laboratory in Ames, Iowa, the Haemaphysalis longicornis tick (otherwise known as the East Asian or Longhorned tick) was found in Virginia, appearing on an orphaned calf on a beef farm in Albemarle County. The longhorned tick has since been identified in Warren County. As of 5/21/18, the tick has been confirmed in West Virginia, and 6/12/18, the tick has also been found in Arkansas, and in July 2018 in Westchester County, New York, North Carolina, Pennsylvania, Maryland and Kentucky.  Connecticut and New Hampshire have also confirmed the tick in 2018. And most recently, in Tennessee in May 2019 in Union and Roane Counties. October 2019, the tick was detected in an additional six Tennessee counties: Knox, Jefferson, Claiborne, Cocke, Putnam, and Sevier.

H. longicornis was initially confirmed in Hunterdon County, NJ, on November 9, 2017 on a sheep farm, and a mystery still surrounds its appearance. The species survived the winter and was confirmed again in NJ in April 2018. There is no known direct link from the Virginia farm to the New Jersey farm. (In addition to the Hunterdon County farm, the Longhorned tick has been confirmed in other parts of NJ: the Rutgers University–New Brunswick’s Cook Campus farm in Middlesex County, and the National Veterinary Services Laboratory recently confirmed a tick taken from a dog in Union County in 2013 was also a Longhorned tick. June 5, 2018, National Veterinary Services Laboratory confirmed the Longhorned tick was found at a location in northern Mercer County. July 21, Longhorned tick found in Bergen County.)

The longhorned tick is self-cloning, and is already known to transmit several human diseases, including spotted fever rickettsiosis, in its native East Asian countries – China, Japan and Australia. It may be only a matter of time before they become carriers of tick-borne diseases that affect humans. 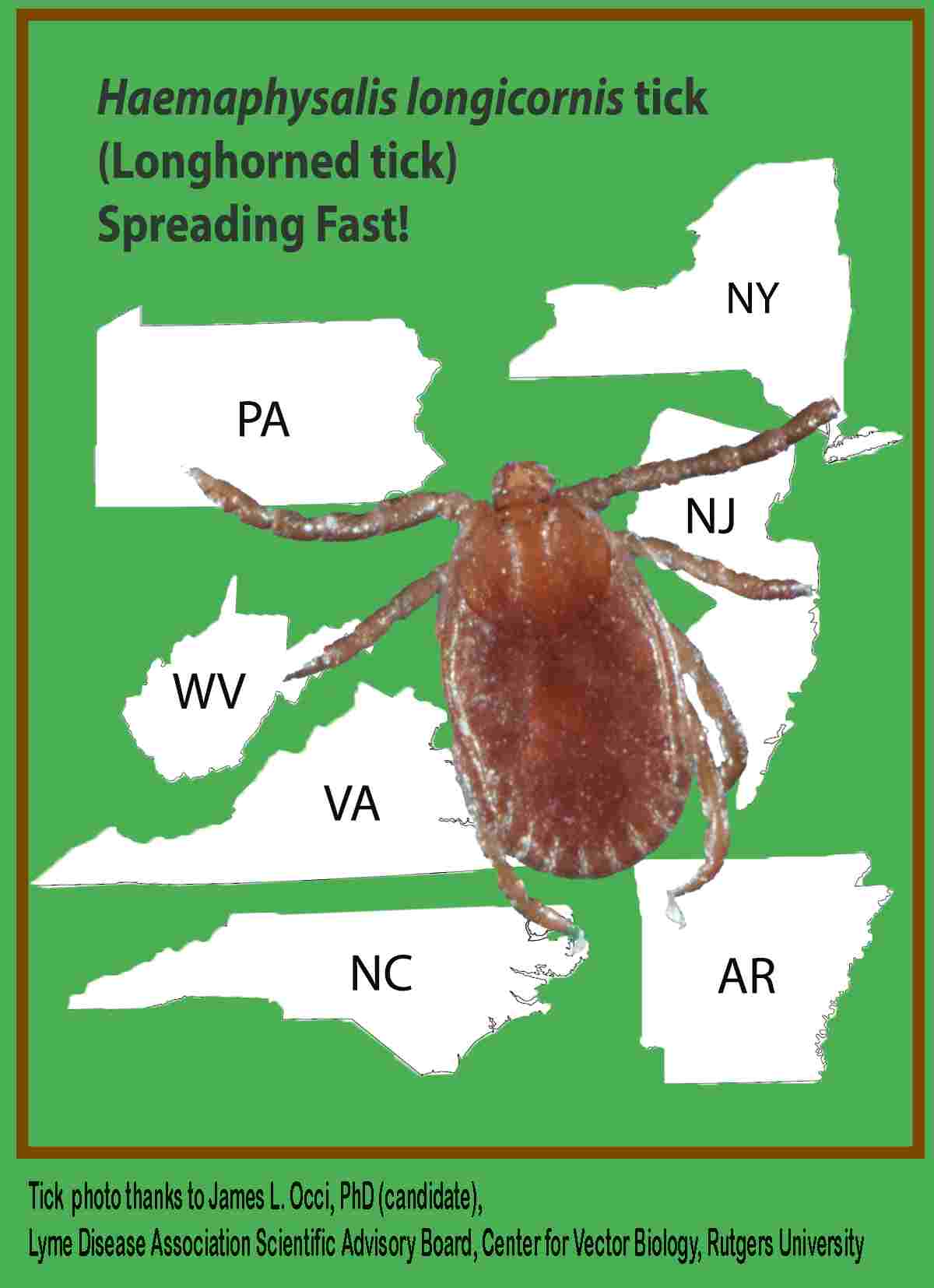 7/1/18 nj.com This invasive tick is cloning itself. Rutgers DNA researchers are racing to contain it.