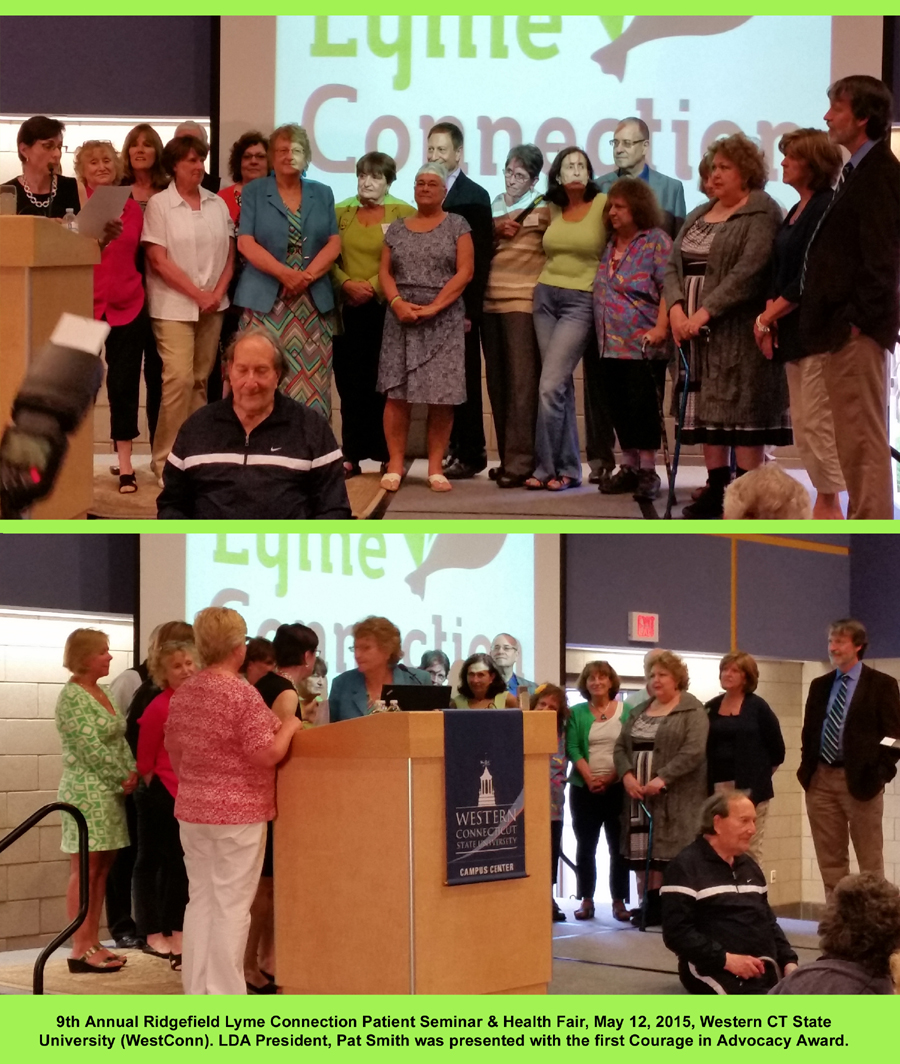 Pat Smith began her advocacy work in the early 80’s, after Lyme disease struck the Wall Township School District where she was a Board of Education member, and then a few years later after Lyme struck her family. First, her work was within her district, then it expanded within others. Pat acted as a child advocate, helping children with Lyme get an education, and even assisted famlies by going to court. Seeing the need for advocacy and to move the cause forward, she founded the NJ Lyme Committee, an advocacy group which had statewide participants who rallied on the steps of the NJ State Capitol for patient rights in the early 90’s, with national news coverge of the event.

Pat became a member, then Chair of the NJ Governor’s Lyme Disease Advisory Council. Coinciding with her Council Chairmanship, she was unanimously elected President of the LDANJ. Within in a short time, she and the board expanded the LDANJ to the national Lyme Disease Association, Inc., a volunteer run organization, consisting of patients and families of patients with emphasis on funding research.  Pat was also elected President of the Wall Board of Education.

In 1992 the Lyme Disease Association of New Jersey, now LDA, was successful in having several laws adopted in New Jersey. Under Pat’s leadership the LDA continued to show support for children in NJ schools. The full fact sheet on New Jersey Lyme Disease Legislative/Policy (1992 – 2010) may be viewed here.

Pat developed an LDA Affiliates Network, as other groups around the country joined the LDA Umbrella Network, supporting the efforts she led.  She worked on federal legislation, and advised state groups on legislation that would further the cause of research and provide patients better access to Lyme knowledgeable doctors.  In turn, this led to the first doctor protection and mandatory insurance coverage laws in the nation in Rhode Island, where she worked with the volunteers who founded the first LDA Chapter. LDA partnered with Time for Lyme (TFL) to open the Lyme and Tick-Borne Diseases Research Center at Columbia University. Pat led the effort to raise awareness nationwide for the need of the center and nationwide funding, and she worked with Columbia and TFL to structure the center’s mission within Columbia. The Center, endowed by the Lyme Disease Association, Inc. and Time for Lyme, opened in 2007. 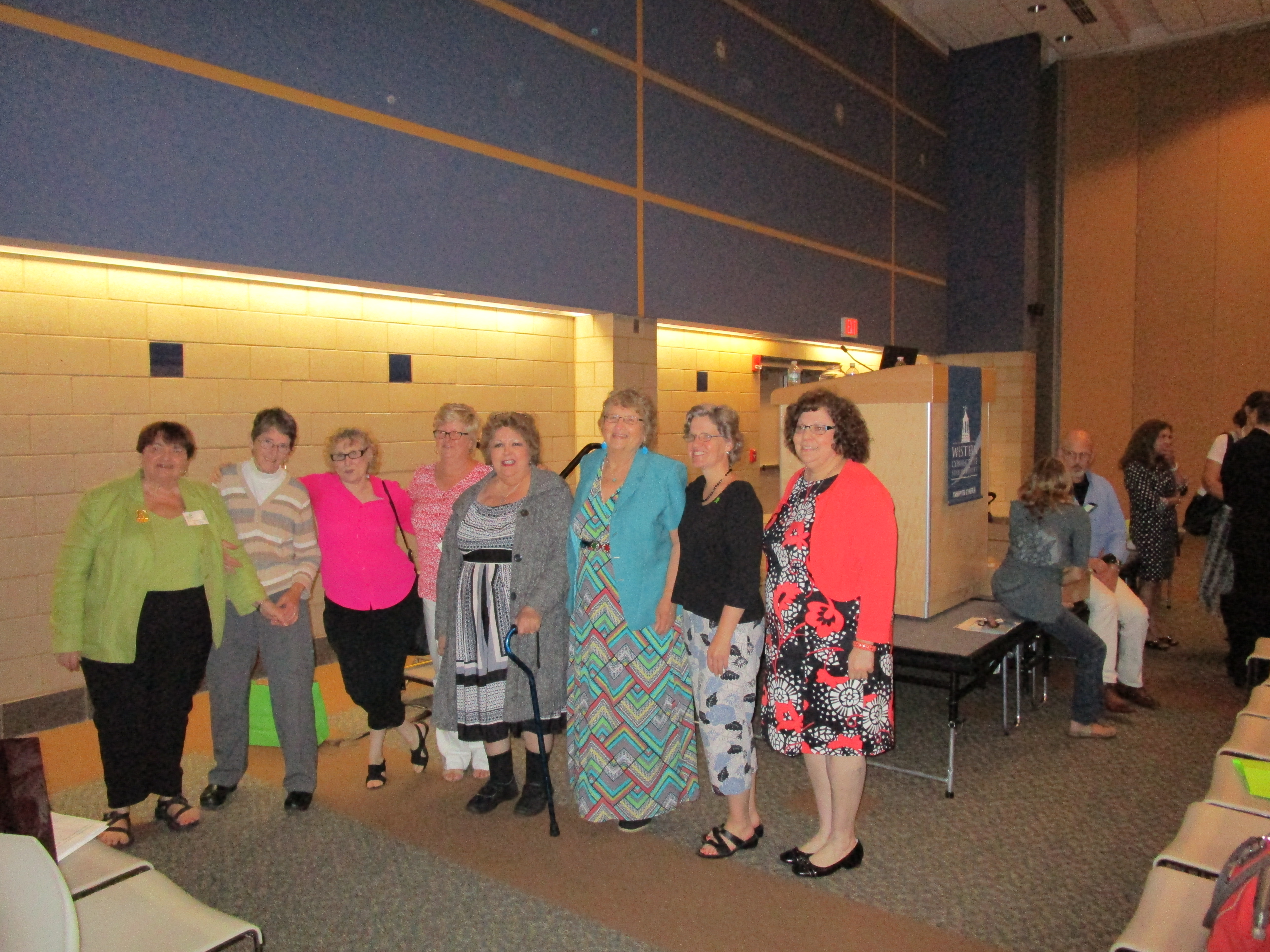 Pat Smith with Lyme Advocatesch and education grants through the funds she has helped the LDA raise, leading to 35 peer-reviewed publications featuring LDA sponsored work. Under her leadership, the LDA and Columbia University College of Physicians & Surgeons of Medicine have jointly sponsored annual scientific conferences that have focused on the latest research in tick-borne diseases, with the 16th conference upcoming in November 2015. With the encouragement and aid of Author, Amy Tan, and input from Dr. Charles Ray Jones, Pat and the LDA started the “LymeAid 4 Kids” fund which has granted over 1/4 million dollars to families without insurance coverage for Lyme disease testing and treatment.

At the Lyme Connection event, Jennifer Reid introduced the speakers and talked about Pat Smith’s commitment to the Lyme community (almost 32 years to date). Jennifer Reid and Karen Gaudian are the Co-Founders and Co-Chairs of the Lyme Connection, formerly Ridgefield Lyme Disease Task Force. Also on hand were many who worked with Pat Smith over the years: members of the LDA Associated Organizations; physicians including Dr. Charles Ray Jones, Dr. Brian Fallon, Dr. Daniel Cameron, Dr. Richard Horowitz and Dr. Kenneth Liegner; as well as LDA officers and volunteers. There were several other doctors who could not be present including Dr. Ray Stricker and Dr. Betty Maloney, who sent in personal comments for Pat, as did many advocates. The advocates and doctors able to be present, all joined with Lyme Connection officers on stage to present the award to Pat Smith. Jennifer Reid read comments from Congressman Christopher Smith (NJ) about Pat’s advocacy for Lyme in Washington and her work with him which spans 2½ decades. 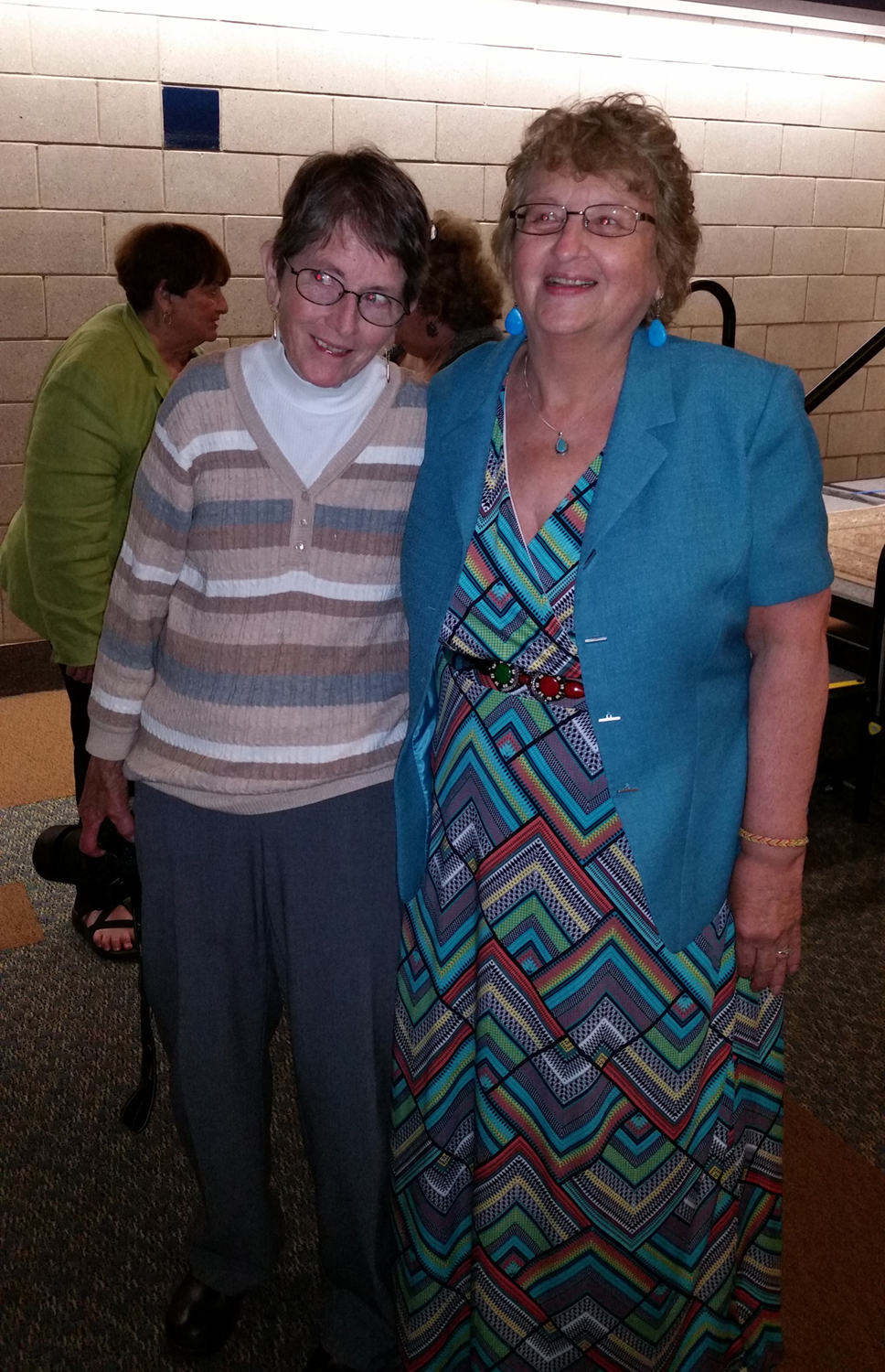 Pat dedicated the award to chronic Lyme disease patients and all those who have worked tiredlessly toward the common goal of finding a cure for Lyme and other tick-borne diseases.

Pat Smith began her advocacy work in the early 80’s, after Lyme disease struck the Wall Township School District where she was a Board of Education member, and then a few years later after Lyme struck her family.