With your help, during 2011, Lyme Disease Association, Inc. (LDA) has continued to provide dollars for Lyme programs–research funding, education, prevention, and patient support. LDA continues its success despite being the only major Lyme organization run totally by volunteers – grassroots people whose only concerns are to raise monies for the cure for Lyme disease, monies to educate about the disease and to prevent others from acquiring it. LDA has never had any employees, no paid director, no paid board members, or any paid fundraisers. It has never had paid office space. Thus, it delivers most contributions directly to programs, benefiting Lyme patients across the country and the world. Help us battle Lyme!  Donate NOW

In December 2011, the first issue of USA Today’s Kid’s Health magazine (fall-Winter edition) hit the news’ stands, containing an LDA advertorial piece on Lyme disease headlined “Think Lyme Disease.” There were no other pieces on Lyme in the magazine, and LDA felt parents should be aware of the disease and what to do if a child is bitten.

Over the years, LDA has been acknowledged as a research funder in 23 peer reviewed journal articles including 3 publications to date in 2011─Journal of Bacteriology, Genetics and PLOS One. Publications in peer review enable the field of Lyme disease to move forward – other scientists build upon the foundation of previous research. In 2011, LDA awarded a grant to Dr. Steven Schutzer, UMDNJ, to have a biopsy performed in tissues from a patient with a history of Lyme disease. Tissues will be studied for possible Borrelia burgdorferi, the cause of Lyme disease. In 2010, we also began funding a study with Dr. Schutzer titled Cerebralspinal Lyme Co-infection Derivative Study.

Columbia Lyme & Tick-Borne Diseases Research Center under the direction of Director Brian Fallon purchased in 2011 with LDA funds a -86° freezer with storage racks and an alarm to be used as a biorepository for tissues for studies on tick-borne diseases. This project has enabled Dr. Fallon to collaborate with other researchers on Lyme disease projects. LDA continues to support the biofilm work of Dr. Eva Sapi, University of New Haven. Dr. Sapi presented some of her findings at the LDA conference in Philadelphia. (see picture right) 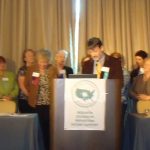 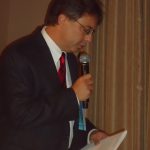 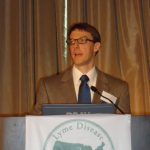 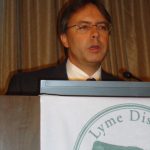 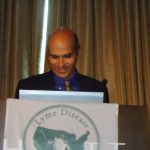 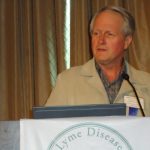 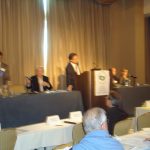 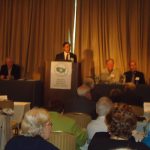 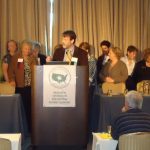 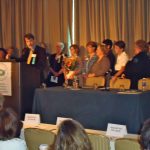 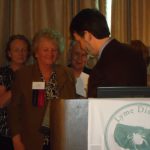 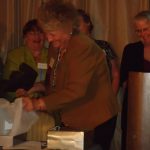 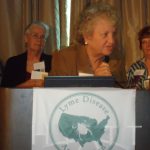 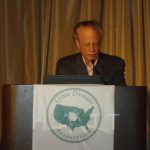 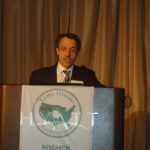 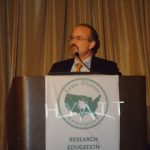 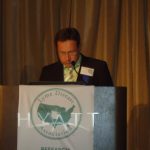 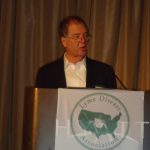 1 2 3 ►
Since 1998, the LDA has organized 12 full or two day scientific conferences offering continuing medical education (CME) for doctors. The latest, in Oct. 2011, was again jointly sponsored by Columbia University College of Physicians and Surgeons in Philadelphia, PA. Click here for summary of 2011 presentations. This year for the first time, the Lyme Disease Association Rhode Island Chapter, Julie Merolla, Chair, organized a conference at Bryant University which provided continuing educational units for social workers and psychologists on The Impact of Lyme Disease on the Brain: Implications for Mental Health Practitioners. LDA has also hosted many individual session CME programs for health care providers. LDA has also provided a grant for sponsorship for a vector-borne disease conference at Mineral Area College in Missouri. 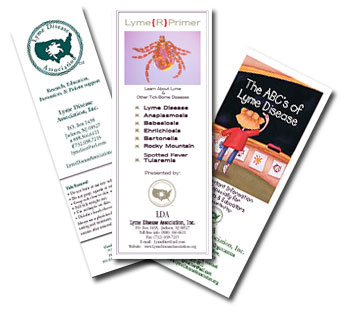 In 2011, LDA’s website continued to provide free doctor referrals to tens of thousands of patients nationwide, FREE brochures (In 2011, LDA itself mailed out ~ 159,000 brochures, more were distributed at events by LDA and affiliated organizations), many resource links for patients, and monies for children whose families lack insurance coverage for Lyme disease under the LymeAid 4 Kids fund, which has now provided ~ $220,000 for children to be diagnosed and begin treatment for Lyme disease. The LDA is a firm believer that organizations should operate in a transparent fashion¬– you can get a detailed list of grants awarded since the LDA began in the 90s– what the grant is, who it was awarded to, and its status.

Working through US Congressman Christopher Smith (NJ) and along with LDA affiliates, the LDA was successful in having a new bill introduced into Congress, HR 2557, providing for the formation of federal Tick-Borne Diseases Advisory Committee, which will coordinate federal activities and provide for a public voice about tick-borne diseases in DC. You need to contact your congressman to co-sponsor the legislation. How You Can Help 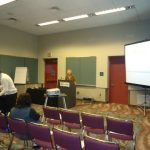 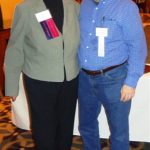 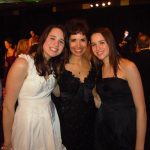 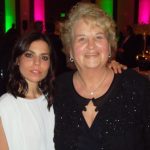 LDA’s partnership with the Environmental Protection Agency’s PESP program continues, and in 2011, the EPA Network held a 2-day Lyme disease prevention conference in Arlington, VA.  LDA and CDC co-chaired a session: Public Outreach Strategies to Reach Targeted Populations. Pat Smith,  President, was also a co-author on the article by the EPA Network that appeared in NASN School Nurse Journal, You Can Make a Difference to a Child by Reducing Risk of LymeDisease.

In November, the New Jersey Education Association held its statewide annual convention, and LDA President Pat Smith gave a workshop on the Lyme & Other Tick-Borne Diseases: Overview & Impact on Schools to teachers and school nurses who received professional development credits for attendance. The Lyme Disease Association Corning Fingerlakes Area Chapter, Chair Dr. Lis Heininger, was also very active in providing educational programs to scouts and the community throughout that region in 2011. LDA has also awarded a number of educational grants to various Lyme disease groups. LDA is now hosting a new free kids Lyme prevention video and interactive video game on its website developed through an EPA grant to UMDNJ—LDA cooperated in development and marketing.

no images were found

The LDA held its annual Spotlight on Lyme fundraiser and educational walk/run in Long Branch NJ, Chair Kim Cronin, in 2011. Several groups also organized benefits for LDA in 2011 including Peconic Bay Fishing Tournament (NY) and Manchester Rotary (VT). The main source of funding for LDA programs is directly from concerned individuals like you who are looking for the answers which we seek with our programs. The economy is tight, but we are forging ahead in a fiscally responsible manner trying to get the answers through solid research. Please contribute today to help our grassroots, ALL VOLUNTEER, national organization unlock the secrets of Borrelia burgdorferi and related tick-borne organisms plaguing our country and our children. Before you contribute to any charity, ask how its monies are being spent and examine its financial records on Guidestar.org. LDA has been accepted into the 2011 Combined Federal Campaign, making it a federal government recognized charity.

Thank you and have a happy holiday season and a happy healthy New Year.

ABOUT THE LYME DISEASE ASSOCIATION (LDA): The Lyme Disease Association (LDA) is a national volunteer run 501c(3) nonprofit which recognizes that the ability to find solutions involves a multi-disciplinary effort– the LDA has partnered with businesses, patient groups, celebrities, government, and the medical community to unlock the secrets of Lyme and other tick-borne diseases. Currently, LDA has 44 associated organizations cooperating nationwide in this fight.