Asbury Park Press recently featured an article by Jerry Carino: Rep. Chris Smith on Lyme disease ‘culture of denial,’  a Q&A with the  congressman, who has crusaded for Lyme disease research and formal recognition of chronic Lyme.The article highlights the congressman’s 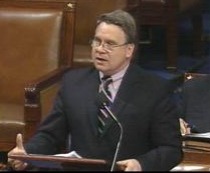 U.S. Representative Chris Smith (NJ-4) Lyme legislation victories and new initiatives. Although Smith is encouraged by “the beginning of a sea change in the attitudes of the federal officials who are responsible for coordinating the Lyme disease initiative,” he speaks about “the culture of denial that exists surrounding the prevalence and toxicity of Lyme — exacerbated by the fact that the Infectious Disease Society of America (IDSA) definition precludes chronic Lyme, contrary to significant evidence, patient experience, and clinician testimonials.”

Congressman Smith began his crusade for Lyme disease when he met Pat Smith (Lyme Disease Association President) in 1992, and she asked him to get involved. Congressman Smith shares the feedback he has received by his constituents and the Lyme community over the years, including patients’ misdiagnoses and lack of treatment creating more serious symptoms, the continued suffering of Lyme patients after their initial round of antibiotics, and the fact that they are told chronic Lyme doesn’t exist. The results are demoralizing, and patients in addition can face financial ruin due to medical costs that are not covered by insurance companies influenced by the outdated IDSA guidelines.