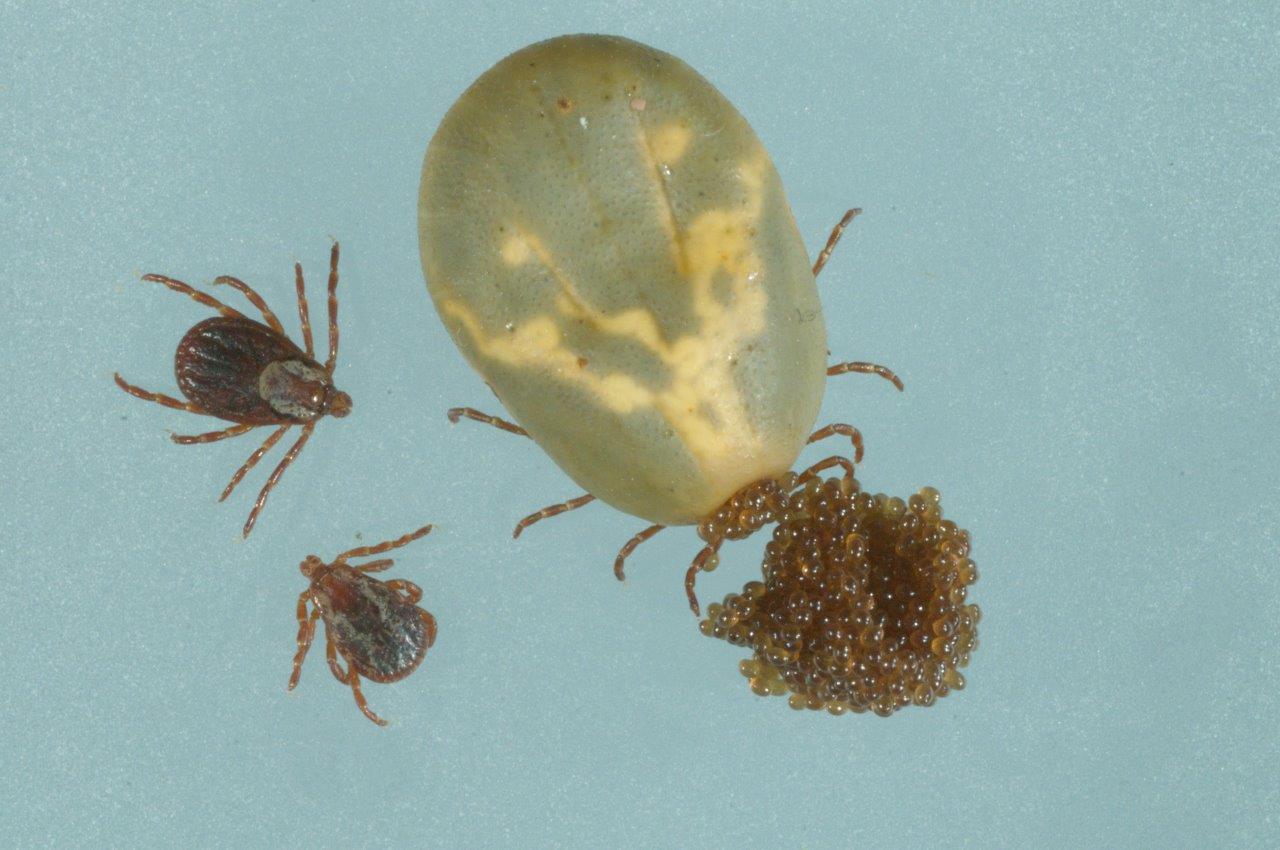 These two images feature the American dog tick, Dermacentor variabilis. The first image shows an unengorged female (and male) alongside a gravid (mated and replete) female that is ovipositing (laying eggs). She will lay from 4,000 to 6,000 eggs before dying. In the Northeast United States, these eggs usually hatch in late summer. The gravid female was obtained from an anesthetized black bear in New Jersey during the spring bear monitoring program run by the New Jersey Division of Fish and Wildlife.

D. variabilis is the vector of Rickettsia rickettsii, the agent of Rocky Mountain spotted fever (RMSF), in the Eastern and Southeastern United States. Humans usually contract the agent of RMSF from the bite of adult American dog ticks. It is interesting to note that under some circumstances, the agent is transmitted transovarially to the tick eggs and thus the larvae, which are very small (~ 1 mm) and only have six legs, hatch infected (see photo on left). Fortunately, there is a very low infection prevalence in adult D. variabilis (~ 1% or less) in most endemic areas. The ecology of RMSF is ill-defined throughout its range. There were 128 cases of RMSF reported in NJ in 2012.

D. variabilis can also transmit the agent of tularemia (Francisella tularensis) and the toxin responsible for tick paralysis. 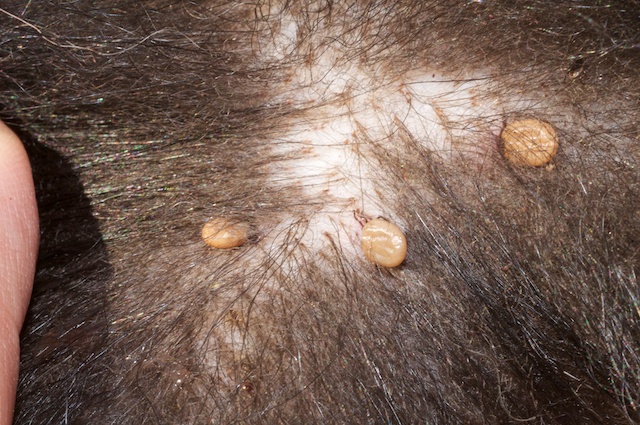 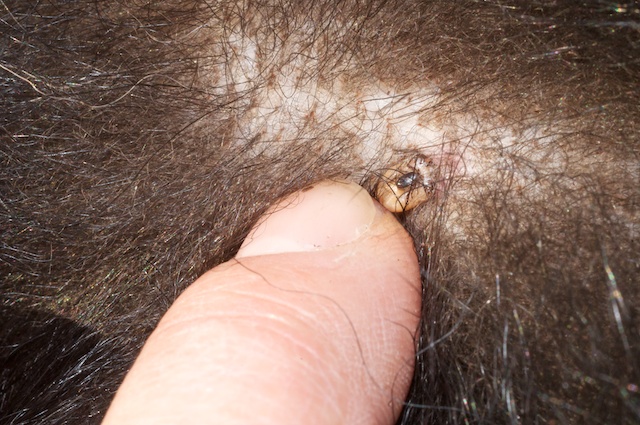 Partially engorged female blacklegged ticks feeding on black bears. Sometimes when the female is turned over, one can see the males mating underneath, as depicted in the above right photo.