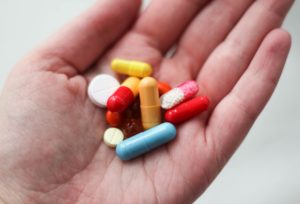 ACS Nano has published the results of a study demonstrating the link between human plasma and innate immunity and pointing at blood as a source of vital antimicrobials. Researchers examined three peptides sourced from the human apolipoprotein B (residues 887–922). In vitro and animal models found the peptides to be highly effective against the drug-resistant microbes, Klebsiella pneumoniae, Acinetobacter baumannii, and Staphylococci.

When used in combination, it was found that the peptides enhanced the use of conventional antibiotics without antimicrobial resistance. This recent discovery of encrypted peptides in the human proteome has potential to represent a new class of antibiotics.

NOTE from LDA: Borrelia Burgdorferi, one of the causative bacteria for Lyme disease, have not been shown to be resistant to antibiotics, but have been shown to be recalcitrant, perhaps due to biofilm formation. Read the article below.