Farm Journal has published an article on the increasing presence of Haemaphysalis longicornis, the Asian longhorned tick (ALT), in the U.S. Since arriving in the country four years ago from Southeast Asia, ALT has now been detected in one-third of the nation’s states.

This tick was first detected in the U.S. in 2017 on an Icelandic sheep in New Jersey and later verified by the Rutgers Center for Vector Biology. By September 2021, the CDC confirmed that ALT had been confirmed in Arkansas, Connecticut, Delaware, Georgia, Kentucky, Maryland, Missouri, New Jersey, New York, North Carolina, Ohio, Pennsylvania, Rhode Island, South Carolina, Tennessee, Virginia, and West Virginia.

Johns Hopkins University claims that there have been no pathogens detected so far in any ALT that has been found in the U.S., although in eastern Asia, the species carries a virus that causes human hemorrhagic fever.

There is concern for ALT’s possible impact on animals. It has been detected in small numbers on horses, pigs, sheep, goats, and chickens. In the article, Virginia Tech veterinary pathologist, Kevin Lahmers, warns of potential losses due to T. orientalis, a disease that it carries which causes symptoms in cattle that are similar to those caused by anaplasmosis. There is no effective treatment for T. orientalis besides supportive care and although it can cause severe illness and even death in up to 5% of infected hosts, most infected cattle develop little to no symptoms.

ALT is a difficult species to manage for various reasons, one being that it reproduces by parthenogenesis which means it doesn’t require a mate. The article states that, so far, only female ALT have been observed in the U.S., nonetheless, the tick manages to reproduce at high rates.

Furthermore, ALT can be found in pastures in large numbers, as they are hyperendemic. After only walking through pasture grass for less than a minute, one person can find hundreds of attached ATL. According to Lahmers, “You can find a density of 10 per blade of grass … think about that number of ticks.”

Lahmers advises implementing tick control, pasture management, and maintaining a good plane of nutrition. A blood PCR test is available, as well as a spleen PCR for necropsied animals. The author encourages veterinarians and producers to contact their state department of agriculture if they suspect the disease in their area.

More information from the LDA on Longhorned tick:

New Tick Species to the US Identified in NJ: Disease Threat Being Evaluated 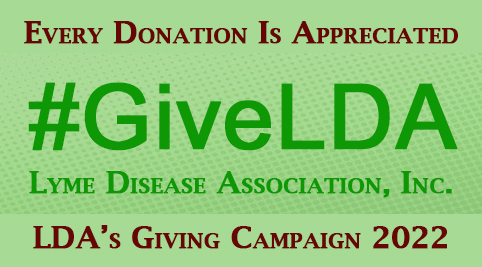