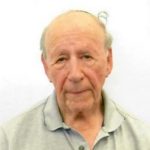 Following my graduation (Ph. D) from the University of Maryland, I began teaching undergraduate and graduate courses, with a specialization in Parasitology and Medical Entomology. Over the course of more than 50 years studying ticks and tick-borne diseases, I studied the ecology of Rocky Mountain spotted fever and other vector-borne diseases.  I also conducted studies on the internal anatomy and ultrastructure of different tick species, to understand how ticks find their hosts and blood feed. I carried numerous studies on the chemosensory functions of the Haller’s organ, pedipalps and chelicerae, and the way in which they function in host (and mate) finding behavior, attachment to host skin and blood feeding. This work led to an understanding of the  roles of diverse semiochemicals, especially pheromones, in facilitating host finding behavior, mating, and reproduction. These findings resulted in recognition of the novel features of pheromone-regulated mating behavior that enables ticks to discriminate their conspecific mates from those of other species. With these results in hand, my students and I were able to patent new technologies, e.g., tick decoys and tail-tag decoys, for disrupting mating and tick reproduction. I also conducted studies on the molecular biology of tick synganglion neuropeptides, neuropeptide receptors and neurotransmitters that regulate all the physiological processes essential for successful blood feeding, hemoglobin digestion, osmoregulation and reproduction.  Transcriptomic studies of the male tick reproductive organs as well as the synganglion of hard ticks versus a soft tick enabled to offer a better understanding of how the remarkable life style differences between the two major tick families.

In addition to describing our findings in scientific articles, I also wrote the first complete, comprehensive 2-volume book, Biology of Ticks.  This was followed more recently with the second edition, namely, the 2-volume, multi-authored and Biology of Ticks. My 60 plus years of teaching, mentoring and research has led to more than 200 peer-reviewed articles. This enabled me to consult with the PI and associates concerning bioassays that showed that ticks are highly attracted to white and infrared light and how to discriminate the role of the tick’s ocelli for recognizing white light and visual contrasts (i.e., shadows) versus the HO for infrared detection.  Moreover, my extensive experience in studies on the ecology of these ticks have enabled me to relate our findings of light/IR responses to better understanding of their value in host finding behavior in the natural environment.   Therefore, in this proposal, we will extend the preliminary results with the evidence from both molecular and anatomical data that ticks in general use their Haller’s organ for light detection, specifically in the IR range and compare and contrast it with the visual information provided by the ocelli for host finding behavior. We will also examine how these visible light and IR receptors work in association with chemosensory functions to drive the specific responses that enable ticks to recognize their hosts. We will also compare the responses of hard ticks versus soft ticks (Ornithodoros turicata).   Finally, we will examine the regulation of the signal processes, based on our earlier work on the synganglion and endocrine system resulting from past NIH and NSF funding.  I have extensive experience in both TEM and SEM procedures and in identifying diverse tissue, cellular and subcellular structures as demonstrated in my publications and my book, Biology of Ticks. My experience includes electrophysiological studies of sensory perception of olfactory and gustatory sensilla of these different tick organs as well as ultramicroscopic studies for distinguishing chemosensory versus mechanosensory neurons. More recently, I have gained training and experience in transcriptomics, sample collections meeting minimum standards for Next Gen sequencing, Gene Ontology mapping, bioinformatics skills for putative transcript identification, PCR and RT-PCR for individual gene expression in response to blood feeding in hard ticks versus a soft tick. I also have experience in gene silencing by RNAi and recognition of phenotypical changes expected from successful gene silencing (e.g., silencing the ovary’s vitellogenin receptor prevented tick egg production).  I also have extensive experience in tick endocrine control of development (especially molting) and reproductive behavior, including understanding the potential synganglion and endocrine regulation of chemosensory functions. In addition to peer-reviewed publications on these subjects, I collaborated with Dr. Michael Roe in published the only book on tick biology, the 2-volume, 34-chapter Biology of Ticks. I have also patented the results of my basic science studies, including the tick decoy and most recently the semi-autonomous tick killing robot (Tickbot).  I attribute my success to collegial collaboration with scientific colleagues, offering technical experience, insights into vector biology, data interpretation and scientific writing as well as mentoring students and/or junior faculty. I also had a long and fruitful collaboration with Dr. R. Michael Roe and other scientists at the Department of Entomology at North Carolina State University (>20 years) leading to numerous peer reviewed publications, invited presentations at national and international meetings, a major book and, especially important, training and mentoring Ph.D students and post-docs.

Ticks are the major vectors of most disease-causing agents to humans, companion animals and wildlife. Moreover, ticks transmit a greater variety of pathogenic agents than any other blood-feeding arthropods.  Ticks have been expanding their geographic ranges in recent decades largely due to climate change.  Furthermore, tick populations in many areas of their past and even newly established localities have increased in abundance.  These dynamic changes present new and increasing severe public health threats to humans, livestock and companion animals in areas where they were previously unknown or were considered to be of minor importance. Here in this review, the geographic status of four representative tick species are discussed in relation to these public health concerns, namely, the American dog tick, Dermacentor variabilis, the lone star tick, Amblyomma americanum, the Gulf Coast Tick, Amblyomma maculatum and the black-legged tick, Ixodes scapularis.  D. variabilis has expanded its range northward into southern Canada, where it has been reported to be established in parts of Ontario, Saskatchewan, Manitoba and Nova Scotia. A. americanum northward expansion has progressed to the extent that established population are now reported as far north as Michigan, Pennsylvania, almost all of New York state, and most of New England states almost to the Canadian border.   Both biotic and abiotic factors that may influence future range expansion and successful colony formation in new habitats are discussed.