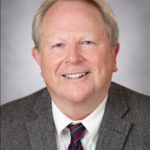 Dr. Naviaux is the founder and co-director of the Mitochondrial and Metabolic Disease Center (MMDC), and Professor of Medicine, Pediatrics, Pathology, and Genetics at UCSD, where he directs a core laboratory for metabolomics. He is the co-founder and a former president of the Mitochondrial Medicine Society (MMS), and a founding associate editor of the journal Mitochondrion. He is an internationally known expert in human genetics, inborn errors of metabolism, metabolomics, and mitochondrial medicine. Dr. Naviaux is the discoverer of the cause of Alpers syndrome—the oldest Mendelian form of mitochondrial disease—and the developer of the first DNA test to diagnose it. His lab also discovered the first mitochondrial DNA (mtDNA) mutations that cause genetic forms of autism and the metabolic features of the cell danger response (CDR). He directed the first FDA-approved clinical trial to study the safety and efficacy of the antipurinergic drug suramin as a new treatment for autism spectrum disorder (ASD). His lab has developed new methods in metabolomics and environmental toxicology that have shown that many complex chronic disorders like ASD and chronic fatigue syndrome (ME/CFS) have a metabolic signature that can be used in diagnosis and lead to fresh insights to treatment. Information about Naviaux Lab research can be found on the web at: naviauxlab.ucsd.edu.

The symptoms of post-treatment Lyme disease syndrome (PTLDS) and myalgic encephalomyelitis/chronic fatigue syndrome (ME/CFS) are very similar. Without knowledge of the triggering event, it is not possible to distinguish the two disorders on purely clinical grounds. Both are chronic fatiguing illnesses that lead to long-term pain and disability. Both disorders can display significant post-exertional malaise, disrupted and unrefreshing sleep, headaches, brain fog, autonomic dysfunction with or without postural orthostatic tachycardia syndrome (POTS) and small fiber polyneuropathy (SFPN), GI abnormalities, and joint and muscle pain, with our without fibromyalgia. In this study, we will compare the metabolomic signature of PTLDS to ME/CFS, and to Borreliosis associated with acute Lyme disease. In addition, we will present the first evidence for and against the role of environmental pesticide and other toxicant exposures in regulating innate immune and cell danger responses in patients with PTLDS and controls.