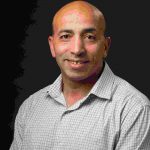 Continuous in vitro culture of Babesia duncani in human red blood cells: An inflection point in diagnosis and therapy of human babesiosis

Choukri Ben Mamoun is an Associate Professor at Yale with a primary appointment in the Department of Internal Medicine
and a secondary appointment in the Department of Microbial Pathogenesis. He received his PhD in 1996 in Molecular Microbiology in France from University of Paris XI and Institut National Agronomique Paris-Grignon. In 1996, he joined the Department of Molecular Microbiology at Washington University as a Research Fellow of the Howard Hughes Medical Institute and in 2000 became a faculty member at University of Connecticut Health Center. In 2009, he joined the faculty at the Yale School of Medicine as a Principal Investigator with a focus on the biology and therapy of the protozoan parasites that cause human malaria and babesiosis. Dr. Ben Mamoun has authored 87 peer-reviewed papers in the field of eukaryotic pathogenesis. Among his important findings in the malaria field are: the development of selectable markers for genetic manipulation of P. falciparum (Mamoun et al., PNAS 1999), discovery of a novel metabolic pathway for lipid metabolism in P. falciparum (Pessi et al, PNAS 2004), creation of the first conditional knockouts of P. falciparum lacking the purine transporter or phosphoethanolamine methyltransferase (El Bissati et al., PNAS 2006 and Witola et al., JBC 2007), discovery of lipid regulation as a critical step in P. falciparum sexual differentiation (Bobenchik et al., PNAS 2013). His notable findings in the babesiosis field are: Discovery of a new combination therapy consisting of atovaquone and endochin-like quinolone (ELQ-334) for radical cure of babesiosis infection in mice (Lawres et al., J. Exp. Med, 2016), the development of a new diagnostic test for detection of B. microti active infection (Thekkiniath et al., J. Clin. Microb. 2018) and the development of the first in vitro culture system of Babesia duncani in human red blood cells (Abraham, J. Biol. Chem. 2018). Dr. Ben Mamoun has served as a member or chair of several NIH and DOD study sections and other international organizations. He has also served on the editorial board of several research journals, presented seminars and lectures both nationally and internationally and received multiple awards including the Patterson Award, the Burroughs Welcome Award and the Bill and Melinda Gates Foundation Award. He serves as the chair of the International Babesiosis Meeting. In addition to his academic program, Dr. Ben Mamoun is the founder of a biotech company, ELIV5 Therapeutics.

Human Babesiosis is a malaria-like illness caused by several species of Babesia parasites, two of which, Babesia microti and Babesia duncani are the main causative agents of the disease in the United States and have been associated with severe to fatal clinical cases. The parasites develop and multiply within human red blood cells to cause the pathological symptoms associated with the disease. These protozoan parasites are closely related to other pathogens of the Apicomplexa phylum and are transmitted to humans either through tick bite or blood transfusion. Clinical and experimental data suggest that  current diagnostic strategies and treatment regimens are not ideal and new technologies and therapeutic strategies are needed for optimal management of the disease. A major focus of research of Ben Mamoun at Yale is to advance knowledge about the biology and pathogenesis of these parasites and to leverage this knowledge to develop sensitive assays for detection of active Babesia infections and novel therapies for radical cure of the disease. An important first success in this effort was achieved following our completion of the genomic and transcriptomic sequences of B. microti and B. duncani and subsequent annotation of their genes. A second and critical milestone was recently achieved following our successful development of a continuous in vitro culture of B. duncani in human red blood cells. The establishment of this in vitro culture system has paved the path for implementation of unique approaches to antigen and drug discoveries. In this talk, I will present data from our lab on the discovery of a panel of antigens for diagnosis of active Babesia infections and the identification of new classes of drugs and prodrugs that are far more potent than those recommended for the treatment of human babesiosis. I will also present our recent data on the use of new mouse models of Babesia infection that we are using to test the sensitivity and specificity of new diagnostic assays, and efficacy of new therapies.