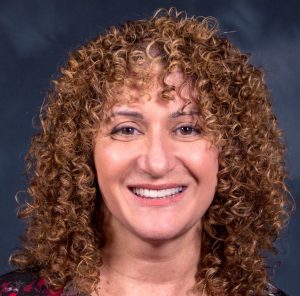 Dr. Joanna Lyon is an advanced clinical pharmacist at the University Of Maryland School of Pharmacy. As part of her responsibilities for the University of Maryland, she leads a transitions of care team at the MedStar National Rehabilitation Hospital in DC. This team includes doctorate level pharmacy students and seeks to better educate patients about their medications during their discharge from the hospital. Some of Dr. Lyon’s recent accomplishments consist of several publications including an analysis of the ABCB1 gene and Post Treatment Lyme disease in patients, and opioid usage patterns at the MedStar National Rehabilitation Hospital. In addition, this year Dr. Lyon has presented her work at the American Pharmacist’s Association national meeting, the Maryland Pharmacist’s Association annual meeting, and the Exchanged Quality Data for Rehabilitation national meeting. Dr. Lyon is motivated to use her education and skills to bring the best healthcare treatment to all patients. Compelled by the suffering that Lyme disease patients endure, she is particularly committed to helping find the underlying cause and treatment for Post Treatment Lyme Disease Syndrome.

The high incidence of patients that have been treated for a known Lyme disease infection and yet have not returned to baseline health is a concerning healthcare issue in the United States. Sources cite the incidence of this Post Treatment Lyme Disease
Syndrome (PTLDS) from 5% to 17% of individuals treated for an initial Lyme disease infection. There has been an increasing body of research to suggest that individual human genetic differences may be part of the explanation for these residual complications in some patients that experience PTLDS. The ABCB1 gene encodes for a series of efflux pumps in the human body called permeability glycoproteins (P-gp). These P-gps are found in high concentration in many key drug transport regions of the body: epithelial cells of the blood-brain barrier, epithelial cells lining the colon and small intestine, and cells in the kidney proximal tubules. The role of P-gps is to pump or transport a variety of toxins and medications away from vulnerable body organs. It has now been determined that variations in regions of the ABCB1 gene may influence not only how many of these P-gps are found in an individual’s tissue, but how well these pumps move toxins and medications through various tissue membranes. In addition, there are a number of medications that can increase and decrease how well these P-gps work in the body. Currently, how P-gp number and function correlates with PTLDS is still poorly understood, but a randomized control trial of 142 patients positively associates several single nucleotide polymorphism variations in ABCB1 gene with the PTLDS disease state. This finding strengthens the view that human genetic variation in the number and/or function of P-gp efflux pumps may be part of the association between PTLDS patients and the chronic, persistent symptoms they experience.