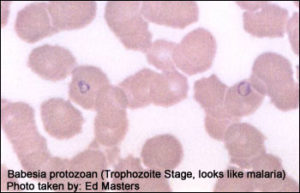 The researchers explain that to aid in their growth as obligate intracellular parasites, Babesia transmit various proteins to alter the RBC during infiltration and advancement. These proteins are believed to be vital to the survival of parasites and pathogenicity and, therefore, represent the targets of candidate drugs and vaccines. The accessibility of comprehensive genome sequences and the development of transfection systems for a number of Babesia species have facilitated the identification and functional categorization of exported proteins.

The article continues with a review of exported Babesia proteins, as well as an analysis of the roles they play, in the context of immune evasion, cytoadhesion, and nutrient uptake. The study concludes by highlighting potential forthcoming topics for further study and use in the field of tick-borne disease research.

Read the study in PLOS Pathogens.