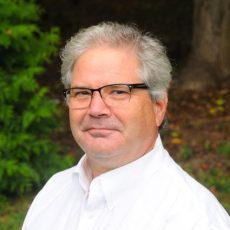 James (Jim) L. Occi, MA, MS  is a microbiologist who has been involved in searching for new antibiotic entities for almost 30 years. He has done research in big pharma for over 20 years and as a research microbiologist at New Jersey Medical School in the Department of Emerging Pathogens (Newark).  Jim has recently joined the New Jersey Department of Health. Jim is pursuing his PhD at Rutgers University wants to be a medical entomologist when he grows up. For his thesis, Jim is studying tick-borne diseases in New Jersey tick populations. He has a BS and MA in Biology from Montclair State University and an MS in Microbiology from Seton Hall University.

And why don’t we (tick researchers) have a clue?  Multiple reasons. First of all, there are more than one species of tick that commonly bite humans and they all have different habits and lifestyles. Secondly ticks have multiple stages that come out at different times of the year. But the most important reason is that there are very few surveillance programs. How can we predict that any given year is going to have more ticks than another if no one is “counting” ticks???

In other words, we can’t predict a “bad year” when we don’t know what we had previous years. The bottom line is that we need a surveillance program for ticks.  What is surveillance?

Surveillance is the repeated sampling of a given area over time in a systematic fashion using standardized protocols.  But it does not end there.  The data needs to be analyzed and disseminated to public health professionals. Then the data must be acted upon. What kind of action?  At the very least posting signs reading:  “Tick infested area. Use the proper precautions.”

Lets look at New Jersey’s mosquito control infrastructure as a model.  Briefly, biologists monitor mosquito populations two ways: by using various traps that attract adults and looking at bodies of water (small and large) for larval for activity.  There is also a system in place where mosquitoes are sent to a central state lab from every county in NJ and tested for the various viruses that mosquitoes can transmit to humans and animals. If adult mosquito populations reach nuisance levels, or if populations of mosquitoes are found infected with certain viruses, a control program is implemented. This has been going on since the early 1900s in New Jersey.

What about a tick surveillance program? First we have to consider the differences between ticks and mosquitoes and how a mosquito finds a host, for example. Basically mosquitoes come to you.  With ticks, we enter their turf and when we come in direct contact with them (on a trail for example) they climb onto us. Surveillance is different too.  With mosquitoes you set traps and hope the mosquitoes come to the traps.  With ticks, the collector has to enter the ticks “zone” if you will and make pretend he or she is a host by using a cloth that is dragged over the vegetation in the hopes that the tick will clamp onto it.