FOR DISTRIBUTION TO MASSACHUSETTS RESIDENTS:

At this point, it’s sheer numbers that matter, not lengthy explanations, and every one of you can help. If you or your family member was hurt by inadequate antibiotic treatment and/or by a lack of insurance coverage, you may want to include a brief statement about that. Please don’t dwell on the high cost of treatment. Instead, emphasize how important it is to keep people healthy and functioning, as well as free from painful suffering.

Three different ways you can take action, pick one and DO IT NOW:

1. Call the Governor’s office 617-725-4005
Tell him that you want him to sign the budget with the Lyme amendment intact

2. Use the form on the Governor Baker’s website to email this message to him http://www.mass.gov/governor/constituent-services/contact-governor-office/  (be sure to scroll down to the bottom to find the form):

We want to provide you with some additional information which we hope will increase your comfort level and encourage you to do this right away:

1. Over this past weekend, we’ve been actively conferring with the ILADS board. After reviewing the legislation and connecting them with the attorney who shepherded the Rhode Island bill into law (and who now lives in Massachusetts), ILADS has agreed to write a letter, urging Baker to support the Lyme amendment. This will be delivered to the governor’s office by Tuesday morning.

It is especially important to have ILADS as a medical society endorse the amendment, given the opposition expressed by the Massachusetts Medical Society. /news/1505-ma-lyme-leg-task-force-reply-to-mms-bill-opposition

2. Similarly, after conferring with the attorney and studying the language, the Lyme Disease Association (LDA) is on board, and will fax its letter of support to Governor Baker no later than Tuesday morning. As a major patient advocacy group, the endorsement of the LDA is significant.

3. We also will be providing a letter from the attorney referenced above, describing Rhode Island’s comparable legislation and its striking success over the past decade. There has been no negative impact in the Rhode Island economy in the decade since its passage, and not a single health insurer opposed it at the end of its sunset period.

4. We plan to hand-deliver a packet of information to Governor Baker’s office (in a “Lyme” green folder, of course), Bright and early on Tuesday morning. We had promised his legislative aide that we would provide this material as a follow up to our meeting there last Thursday.

5. Please note that the State House reporter was incorrect when he wrote that the Conference Committee dropped the prohibition against characterizing antibiotic treatment as experimental. That’s not what they did, and that hasn’t been our concern. In fact, they broadened the language to say that even experimental medications can be used off-label as antibiotics, as long as they are FDA approved. We were told that this was done in order to make the current language comparable to the language used for cancer treatment. This could cause confusion, which is why we preferred the simpler, straightforward language in the original bills and in the House amendment.

4. Other questions have pertained to the repetition of the same language in several sections, and to a few restrictions which pertain to a small number of health plans with unusual coverage, like rebates. Representative Linsky’s office asked us to hold off on endorsing the amendment until they could check into the reasons for that language, and to examine it for potential loopholes. They’ve since given us a green light.

5. We’ve been gladly addressing questions and concerns from various other stakeholders all weekend. That way, we will be less vulnerable to having our actions second-guessed later. This did happen after the physician protection bill was passed in 2010, when one disgruntled advocate called for its repeal.

Now we’re ready to hit the ground running as this holiday weekend comes to a close. Let’s act as a truly united front! Thanks for your patience, your thoughtful consideration and above all your support. Don’t forget: we need tons of phone calls and emails to Governor Baker right away! 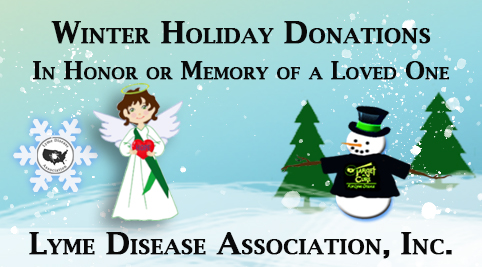