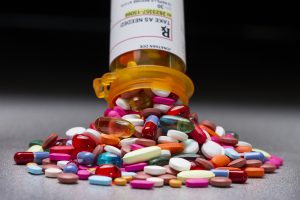 On January 14, 2021, The National Institute of Health (NIH) COVID-19 Treatment Guidelines Panel issued a change in position and are no longer recommending “against” the use of ivermectin for the treatment of COVID-19. This “permission” was issued 8 days after Drs. Paul Marik and Pierre Kory, founding members of the Front Line Covid-19 Critical Care Alliance (FLCCC), along with Dr. Andrew Hill, researcher/consultant to the World Health Organization, presented their data on ivermectin before the Panel, showing significant benefits of ivermectin in prophylaxis, early treatment and late-stage disease.

The NIH Panel stated that there is insufficient data to recommend either for or against the use of ivermectin for the treatment of COVID-19, and that more clinical trials are needed. The FLCCC responded to the Panel in a public statement, dated January 18th, expressing gratitude for the Panel’s neutral stance on ivermectin. However, they questioned the Panel’s caution and criticism of the existing evidence, especially in the midst of escalating hospitalizations, and deaths from COVID-19.

In their response, FLCCC stated that both monoclonal antibodies and convalescent plasma therapies are also regarded as neutral, and are used widely in COVID-19 treatment in the U.S., but are inferior to ivermectin in 3 critical ways:

1) Ivermectin is the ONLY one of these 3 therapies that has multiple randomized controlled trials (RCT’s) and a meta-analysis of RCT’s that demonstrate statistically significant reductions in mortality rates; shorter durations of hospital stay; profound reductions in the infectivity rate in both pre-and post-exposure prophylaxis studies; faster times to clinical recovery; and faster times to viral clearance.

2) Ivermectin is the ONLY one of these 3 therapies that is globally available, low cost, given orally, requires no special shipping or handling, and is safe to use in nearly all clinical situations.

3) Ivermectin is the ONLY one of these three therapies that can be widely used in both early outpatient treatment as well as in prevention.

NIH Panel also stated that some clinical studies showed no benefits or worsening of disease after ivermectin use; however FLCCC objected, showing evidence of flawed studies. NIH Panel also listed “limitations” preventing them from making a stronger recommendation. FLCCC disagreed with these limitations. (See Public Statement)

FLCCC concludes: Ivermectin is one of the safest, low-cost, and widely available drugs in the history of medicine. The evidence in favor of ivermectin includes approximately 32 controlled trials, 20 of them RCT’s. Similar meta-analyses of these trials have been performed worldwide, concluding that ivermectin is a highly effective therapy for COVID-19 and/or should be widely adopted for use.

FLCCC: “Why does the Panel’s opinion diverge from these other expert meta-analyses? Further, why does the Panel’s opinion diverge from the expert peer reviewers (two of whom we were told were FDA employees) that has now accepted our manuscript and its conclusions for publication? …Patients do not have time to wait, and we as healthcare providers in society do not have that time either. We plead with the Panel to rapidly re-review and re-consider the current strength of their recommendation.”