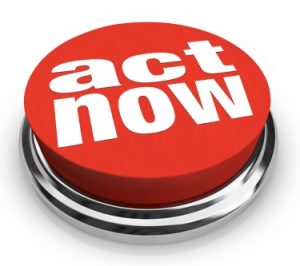 ISSUE: On October 31, the Senate Tick Act (Collins, ME) was passed out of the Senate HELP Committee; however, it was a different bill than the one that was originally submitted to the Senate Committee that many Lyme groups supported. The HELP committee replaced it in its entirety with a Manager’s Amendment, submitted “in the nature of a substitute,” which still keeps the same bill number, S-1657, and it was renamed the Kay Hagan Tick Act.

The Senate bill has always been a vector-borne disease bill, meaning that mosquito-borne diseases such as Zika and West Nile virus, as well as other vector-borne diseases, are included and eligible to receive monies. There were safeguards in the original Senate bill that would have ensured that Lyme received the funding it warrants, for example, monies would be allocated proportionately according to disease burden in the US. Those safeguards have been removed. The LDA was not aware of the bill substitution and now has been urgently working to assess−before it goes to the full Senate− what these significant bill changes mean, and the potential impact on what the bill does.

LDA ASSESSMENT & ACTION: We need to take several actions to try to minimize the impact of the changes on the Senate bill.  LDA is working with Senator Susan Collins’ office and with Congressman Chris Smith’s office to try to rectify this language situation to provide necessary safeguards to ensure Lyme will get its appropriate share of the funds that are included in this new Senate bill.

ACTION FOR YOU TO TAKE: We have provided the list of current co-sponsors of the Smith House bill, HR 3073, below, which contains the original Senate language. If your Congressman/woman is NOT on the co-sponsor list, we need you to contact him/her immediately.

Step #1: Click here to review the current list of co-sponsors of the HR 3073, Tick Act, in the House of Representatives. If your Congressperson is NOT on the current co-sponsor list:

LINKS TO THE TICK ACT BILLS:

To see the new version of Senate bill, S-1657/Kay Kagan Tick Act, that was passed through the HELP Committee, click here.

Donate in Memory/Honor of a loved one.