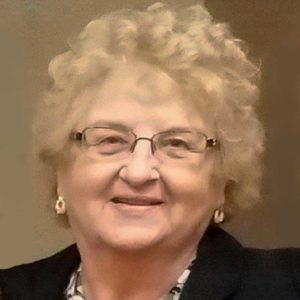 Pat Smith Describes Pre-Meeting Effort to Minimize Lyme.
Below in For the Record are the written comments LDA President Pat Smith, a public member of  HHS TBD Working Group read  (slightly compressed)  into the record at the Working Group (WG) meeting on July 8 about the potential WG Chapter report for which she was responsible, the only one addressing patient issues. 89 written comments/deletions to the report had been suggested before the meeting by Working Group members. Working Group Co-Chair Dr. David Walker and Member Eugene Shapiro were responsible for moving to delete entire sections of Lyme material from the report, many of which called for the removal of much of the Lyme material and the de-emphasis of Patient Access to Care in the Chapter.

At the meeting itself, Working Group Co-Chair, Dr. David Walker, and Member Eugene Shapiro made and seconded many motions to remove material from the proposed draft report including the two sets of guidelines, shared decision making, access to care, Lyme treatment trials, and cost of Lyme disease. There was also a discussion in which Shapiro and Walker wanted to remove Lyme mouse model studies and other animal studies that showed persistence that were included in the draft report, saying animal models were really not a good use for this infection.

Dr. Walker said there is “emphasis on belief…almost religious belief that it’s a persistent infection” and at various times said they probably didn’t have Lyme to start with. After many hours of this discussion, no other WG members would second the motions for removal.

For the record: The importance of today’s meeting and our Chapter review can’t be overstated.  My Access to Care, Education & Training subcommittee including healthcare providers and patients, with expertise in the problems associated with patients’ access to care including physician education, submitted a 75-page subcommittee report and additional 45 citation pages documenting these problems to get help for a body of patients neglected especially those who develop the most serious stage of Lyme and to prevent acute patients from reaching that stage.  Patients looked to this WG created through legislation initiated by, written by, and pushed through Congress by Lyme patients/advocates.  In 2019 through now, 78% of comments to the online WG mailbox were about TBD/Ticks, 70% of those TBD comments were on Lyme disease and 81% of those were on chronic/persistent/PTL, not acute.

Before the January 2020 Working Group meeting, WG members were instructed to read each subcommittee report. Subcommittee co-chairs presented reports at that meeting.  In my subcommittee case, since I had not had an active co-chair for a while, a subcommittee member stand-in, not permitted to vote or ask questions, was allowed to present with me a PowerPoint, including Subcommittee rationale and recommendations later discussed, modified, and voted upon.

Then, writing groups of 2 WG members each were solicited for each Chapter to be written for the WG report to Congress.  The WG was definitively told that all information for the WG report had to be taken from the Subcommittee reports. I asked if newly published information, for example, could be used, was told, yes, but then the WG would have to approve that new material.  Recently activated WG alternate member Captain Scott Cooper and I volunteered to write the Chapter we’re presenting today.

As directed, we pulled language from the subcommittee reports, submitted our Chapter for review and was told “well organized, appropriate to audience level, and it flowed logically,” but we needed to “rebalance” the chapter as there was too much information on Lyme disease and access to care than other tick-borne diseases and education.  Suggested rebalancing included removing a factual table from CDC which listed TBDs for 3 years, in descending order of reported case numbers, as the table could “inadvertently diminish the importance of other tick-borne diseases because their numbers are much lower.”  It was OK that we led with burden of disease (cost, quality of life, & productivity), compelling reasons for Congress to act. However, we should remove those items from our Chapter report background and put them into the background for the entire WG report, despite the fact they were developed specifically for our patient issues.  Bottom line: minimize Lyme, reduce access to care.

We incorporated additional other TBD material from subcommittee reports into the Chapter and shortened the Lyme portion. We didn’t remove the table, since it factually portrayed reported case numbers, nor did we remove our background material germane for our specific patient issues.  After another review submission, we were told the Chapter was “starting to become balanced” but now it was too long.  We needed to shorten it. We again shortened to include removing the redundant list of recommendations upfront, already elsewhere in the Chapter.

All WG Chapter Writers had a deadline to post draft Chapters to a WG private Share Point site. WG members had a May 22 deadline to submit comments there on all chapters.  All Chapter language was now up for grabs, we were told, even the language we took from the already discussed Subcommittee reports, not just new language. I objected, since that seemed to contradict process discussion at the prior meeting.  Significantly, I objected to the lack of process transparency, which was directing these online SharePoint discussions to be behind the scenes–not WG members in public holding transparent discussion with all WG members, embodying the intent of a FACA Working Group.  Time went by with no response to my objection, so I reluctantly decided to proceed with filing for resolution through a FACA complaint, but I was subsequently informed my concerns were heard, and all discussion would now be in public, as we are doing today so I did not proceed with the complaint.

While working in the private SharePoint site, I stumbled across an unknown person who had direct access to all Chapters and material in the site.  Research showed me this individual was from NIH, not either the NIH Working Group member or alternate—another NIH employee, an attorney. Upon questioning the individual’s identity and purpose, I was informed NIH requested that that individual be allowed access to our SharePoint documents and was given access.  It appears that government employee WG members have rights public members do not have, are not aware of, and do not have to be informed of.  Since public members are considered special government employees, I requested to federal officials that I be permitted to have a patient advocate attorney in SharePoint to review for patient perspective. I was informed my request was denied by WG legal counsel.

These items coupled with others such as a WG member who did not attend being allowed to vote by proxy through the co-chair, without knowledge of the WG, and the unexplained delay in releasing these draft Chapters to the public prior to this meeting for their review and comments before the WG vote are concerning, and refusal to provide the public with government inventories as agreed to at the April meeting.  I questioned those practices, which in my opinion, exhibit a disregard for the public, in particular, the patient community.   History coupled with these practices reinforce the sentiments of many in the public that they are again being deceived by their own government.

As we move forward on our Chapter section now, note that our printed report has 12 pages with internal citations to address the decades-long problems of hundreds of thousands of Lyme patients plus other tick-borne diseases patients. Additionally, there are 7+ printed pages of comments from SharePoint made by WG members on our Chapter, a number of which call for removal of much of our documented material on Lyme disease─ a disease under-reported by a factor of 10 according to CDC studies and CDC testimony by Lyle Peterson to a Senate Committee, (1) meaning about 350,000 cases annually. According to NIH, Lyme is a disease that makes up 82% of tick-borne diseases, (2) and there were 74 Lyme deaths in 2017. (3) Thus, our Chapter focuses on the tick-borne disease whose patients comprise the largest burden of disease, Lyme disease. That is balance.  Captain Cooper, I now turn further Chapter discussion to you.

(3) NIH says 74 deaths in 2017.  NOTE: I had accessed this info prior and printed out the information. Link no longer goes to the page. NIH asked at the meeting where I got that death data as they could not find it anywhere. I have sent it to them.