July 17, 2011. The all volunteer national Lyme Disease Association (LDA) is pleased to announce the introduction of a bill and proposed legislative actions that focus attention on the growing concerns surrounding Lyme and tick borne diseases.

Congressman Smith’s bill, HR-2557, requires the Secretary of Health and Human Services to establish a Tick-Borne Diseases Advisory Committee to address a variety of important issues. The Committee will be charged with advising Federal agencies on priorities related to Lyme and tick-borne disease issues and will be composed of scientists, representatives from government agencies, health care providers and patient representatives. The Committee is charged with ensuring that a broad spectrum of scientific and stake-holder viewpoints are represented in public health policy decisions and that information disseminated to the public and physicians is balanced.

Congressman Smith, Chairman of the Congressional Lyme Disease Caucus for the past seven years, has worked diligently to foster greater knowledge about tick-borne diseases over the years. Amongst his many Lyme-related endeavors, he hosted a Lyme and Tick-Borne Diseases Forum last summer in Wall Township, NJ, for health officials, medical professionals and the public, with over 300 people in attendance. Pat Smith of the LDA was one of the guest speakers.

Senator Richard Blumenthal (D-CT) has plans to highlight legislation to combat the spread of Lyme disease. He will meet with volunteer patient advocates from the Connecticut based Lyme disease group, Time for Lyme (TFL), an affiliate of the Lyme Disease Association, at the Connecticut Agricultural Experiment Station in New Haven on Monday, July 18, 2011.

Senator Blumenthal, who served an unprecedented five terms as Attorney General in Connecticut, is known for his efforts to make real and lasting difference in the lives of the people. He has been a long-time public defender of Lyme disease patients rights.

The Lyme Disease Association (LDA), an organization that seeks to eliminate tick-borne diseases by funding research, educating the public, and providing scientific conferences for doctors, is grateful to Congressman Smith, Senator Blumenthal, the bill cosponsors and staff for their enduring commitment to improve the health of countless patients suffering from Lyme and tick-borne diseases. 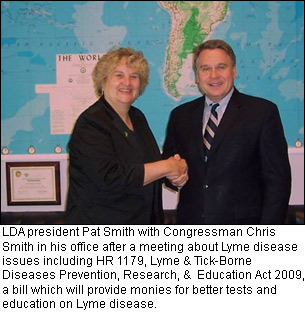 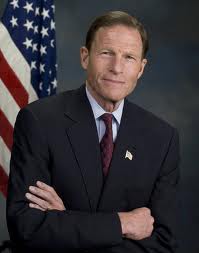