On Thursday, August 30th, Senator Richard Blumenthal (CT) will host a U.S. Senate field hearing on the federal response to Lyme disease.  “It is good news that the Senate is holding a hearing on Lyme.  A more in-depth understanding of the issues will enable the government to develop a comprehensive plan on Lyme disease, especially since just released 2011 Lyme disease case numbers continue to show an increase in reported cases,” said LDA President Pat Smith.

(Hartford, Conn.) – On Thursday, August 30th, Senator Richard Blumenthal (D-Conn.) will host a U.S. Senate field hearing on the federal response to Lyme disease. Blumenthal has been a leader in the fight against Lyme disease throughout his career, and is a strong advocate for patients affected by Lyme. Most recently, he introduced the bipartisan Lyme and Tick-Borne Disease Prevention, Education, and Research Act (S. 1381), which would increase awareness about Lyme disease and provide more resources to study the illness. This hearing, which Blumenthal will chair in his capacity as a member of the U.S. Senate Committee on Health, Education, Labor, and Pensions, will explore what next steps the federal government must take to combat Lyme, and how the patient perspective can assist in this effort.

The hearing will include three panels. Senator Kirsten Gillibrand (D-N.Y.) will speak on the first panel. As a powerful voice against Lyme disease, Gillibrand will deliver testimony on what legislation is needed to fight Lyme disease from her perspective as a legislator representing the state of New York, which has one of the highest incidences of Lyme disease in the country. Following Senator Gillibrand, three patients – Mark Hopwood of Trumbull, Dwight Harris of Burlington, and Katy Reid of Ridgefield – will speak on a second panel and discuss their experience as Lyme patients and the need for a patient voice in the prevention, research, and treatment discussion.

The third panel will include three Lyme disease experts from Connecticut who will share their perspective:

• Dr. Kirby Stafford, Ph.D.: Dr. Stafford is a medical-veterinary entomologist with the Connecticut Agricultural Experiment Station. Dr. Stafford’s research focuses on the control of the blacklegged tick, which transmits the agents of Lyme disease, human babesiosis, and human ehrlichiosis.

• Dr. Amiram Katz, M.D.: Dr. Amiram Katz is an assistant clinical professor of neurology at the Yale University School of Medicine. He practices in Orange, CT, specializing in neurology, neurophysiology, vascular physiology, epilepsy, sleep medicine, Lyme disease, telemedicine and medical devices. Dr. Katz received an M.D., Cum Laude, from Sackler School of Medicine at Tel Aviv University. He fulfilled a postdoctoral training fellowship in EEG research and sleep medicine at the Cleveland Clinic, and a postdoctoral training fellowship in epilepsy at Yale University. He published and presented dozens of scientific papers in his areas of expertise. Dr. Katz is a member of the American Medical Association, the American Academy of Neurology, the American EEG Society and the American Medical Informatics Association.

• Dr. Ramin Ahmadi, M.D.: Dr. Ahmadi is the Director of Research and Medical Education at Danbury Hospital. In this capacity, he oversees the Western Connecticut Health Network Lyme Disease Registry, which aims to better understand the spread and manifestations of Lyme. Board certified in internal medicine, Dr. Ahmadi completed his Internship, Residency, and Fellowship at Yale-New Haven Hospital. 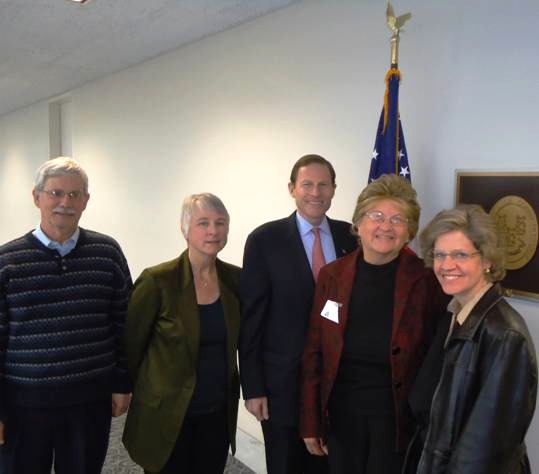