December 13, 2016, President Obama signed the 21st Century Cures Act into law. This law has provisions for many diseases, including creating a Working Group for tick-borne diseases. “This is a sweet victory for 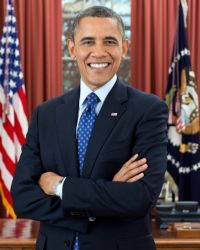 Lyme patients whose plight has been ignored for decades. They will have an opportunity to sit at the table in Washington, DC, and to provide their input into how significant government research needs to focus on understanding the mechanisms of persistent symptoms, on a test that actually provides accurate information as to whether Lyme is present, and on new treatment modalities. The discussion will take place with advocates, federal members, physicians and researchers also at the table, and will be held in public. Diversity of scientific disciplines and viewpoints are key in this legislation, signed into law as part of 21st Century Cures Act by President Obama,” said Pat Smith, President, Lyme Disease Association.

How to Find Lyme Text
The link below goes to the 21st Century Cures Act signed into law in December 2016.
The Section on Tick-Borne Diseases, Section 2062, is on page 47 of the pdf.
If you are in Windows, when you go into the link, hit “control f” to get search box and enter “2062” and hit NEXT two times which brings you to the language on tick-borne diseases.
https://www.congress.gov/114/bills/hr34/BILLS-114hr34enr.pdf

LYME BILL: HOW PATIENTS’ VOICES NEARLY WERE SILENCED BY CONGRESS