HELP NEEDED IMMEDIATELY! NEW BILL FOR CHILDREN WITH LYME DISABILITIES TO BE INTRODUCED

LYME DISEASE CAUCUS & CHILD ACT 2021: The Congressional Lyme Disease Caucus is a bi-partisan group working together in the U.S. House of Representatives to take action on Lyme & tick-borne disease issues. They have been staunch friends to the Lyme community. There is a new bill about to be introduced into the House of Representatives by long-time Lyme Caucus Chair Congressman Christopher Smith (NJ-04-R), and to date, there are several co-sponsors: new Lyme Caucus Co-Chair, Rep. Henry Cuellar (TX-28-D), Lyme Caucus Member Rep. Bill Posey (FL-8-R), and Rep. Josh Gottheimer (NJ-5-D),  and Rep. Brian Fitzpatrick (PA-1-R). 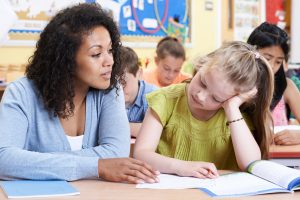 Congressman Smith is seeking co-sponsors for the bill from the members of the Congressional Lyme Disease Caucus. A letter has been sent to them from the office of Congressman Smith asking for Caucus Member co-sponsorship for the bill. The title of the legislation is “Children Inflicted by Lyme Disabilities Act 2021,” or “CHILD Act 2021.” The purpose of the bill is “To amend the Individuals with Disabilities Education Act (IDEA) to recognize more clearly that Lyme disease can cause disabilities that affect the education of children and to enhance educational services and related services for children with Lyme disease and other tick-borne diseases and for other purposes.”

WHAT YOU CAN DO IMMEDIATELY (May 26 & 27): The Lyme Disease Association urges you to contact the Caucus members (listed below) by fax or phone and tell them it is important to sign on as a co-sponsor to this bill. Tell them they have received a letter from the Smith office. If they did not receive it, or they have questions, they can contact Kelsey Griswold at the Smith office.

You can also contact your own Congress Member if they are not one of the co-sponsors listed above. Tell them to contact the Office of Congressman Christopher Smith for details and to sign on to the bill. Must be done by Thursday night.

Provide them with examples you may know about of children with Lyme disease with persistent symptoms (chronic Lyme) who have been unable to attend school for months and even years, or if they did attend, were unable to function without significant modifications to their educational programs. Often schools did not recognize the need or did not understand what needed to be provided. Thank them for listening and understanding the plight of our children who are at some of the highest risk of acquiring Lyme disease. Children 0-19 years represented 29% of reported Lyme cases from 2001-2017 (link for more info.). Remind them the CDC now estimates that 476,000 people in the US each year are diagnosed and treated for Lyme disease (link for more info.).

WHAT LDA HAS DONE: For decades, the Lyme Disease Association Inc. has been working with parents of children who have severe Lyme manifestations which interfere with cognitive and physical abilities to receive an appropriate education since schools have not generally understood the magnitude of the problem. The LDA has provided programs for teachers, students, school nurses, and psychologists. LDA has a Professional Advisory Board member who retired as a special services director in NJ. LDA President, Pat Smith, a former Board of Education Member, acted as a child advocate in the schools for students with Lyme disease. She met with teachers, special service teams, and administrators, and has worked with attorneys, and appeared in court with parents to try to resolve these issues. She has also in-serviced school staff and provided educational in-school programs for students on Lyme and TBDs as well as developed the LDA’s ABC’s of Lyme Disease pamphlet written especially for parents and educators. The pamphlet contains information from experts on the impact of Lyme disease on children’s education, and hundreds of thousands have been distributed. The LDA also has a Lyme Kids and Schools website section (link for more info.).

o   They already are on the bill

NOTE: If your mouse hovers over the bottom of the chart, you will be able to zoom in and make the chart bigger or download it.

There are a number of federal laws that protect individuals with disabilities including the ADA, ADAAA, and the IDEA, the latter which ensures children with disabilities get a free public education based on needs.  Section 504 of the IDEA is probably the most known portion of the law.

Americans with Disability Act (ADA)  The Americans with Disabilities Act (ADA) is a civil rights law that prohibits discrimination against individuals with disabilities in areas including employment, schools, transportation, public accommodations, telecommunications and access to state and local government services. The ADA is divided into five titles (or sections) that relate to these different areas of public life.

The ADA gives protections against discrimination to Americans with disabilities similar to the Civil Rights Act of 1964, which protects individuals on the basis of race, religion, sex, national origin, age, sexual orientation and other characteristics. ADA disabilities include both mental and physical medical conditions.

American Disabilities Act Amendments Act (ADAAA)  The ADA became law in 1990. In 2008, the Americans with Disabilities Act Amendments Act (ADAAA) was signed into law and became effective on January 1, 2009. The ADAAA made a number of significant changes to the definition of “disability.” The ADA does not contain specific special education rules or requirements. The IDEA, below, addresses those educational issues in detail. However, the ADA will definitely have an impact on education. Some of the ways are outlined below. The ADA works in concert with other state and federal laws affecting the education of students with disabilities. In some instances there will be duplicate coverage and an individual situation will be covered under more than one law, such as IDEA. When this happens, whichever law or portion of a law provides the greatest protection for the individual with a disability will prevail.

Disabilities Under Section 504 The document in the link below was developed by the NJ Department of Education, but IDEA, Section 504 of the Rehabilitation Act, applies to everyone indicated in the document, not just those in NJ. There are two requirements to get a 504 plan: a child has any disability under 504 and it must interfere with the child’s ability to learn in a general education classroom.  The 504 definition of disability is broader than the IDEA definition.  A 504 plan  is often used in schools to cover students with disabilities who are not covered under an IEP, Individualized Education Plan, a legal contract.        Click here for IDEA, Section 504 document

504, IDEA & IEPs: I know what my child needs to be successful in school, but what are these numbers and letters all about? by Alfred C. Tagliabue, M. Ed.

Individualized Education Program (IEP) To qualify for special education services, a student must meet two criteria–formal diagnosis with a disability defined under the IDEA (see above) and determination by the school that the student needs special education services to learn the general education curriculum.  Under an IEP, the law requires placement in the least restrictive environment, which means either in a general classroom with services and accommodations  or in a special education class. An IEP ends with the child’s graduation, and a transition plan is required to be developed by the IEP team.       Click here for IEP Information