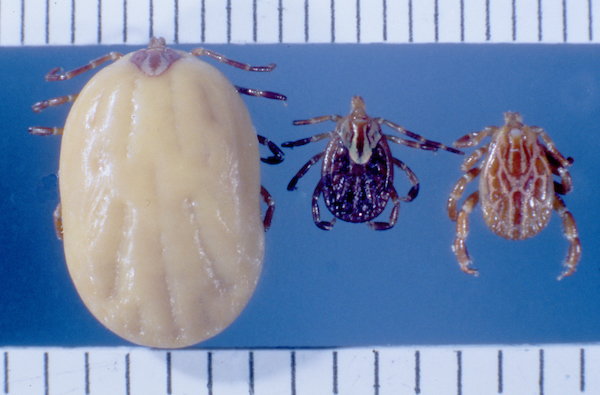 Investigators collected 88 ticks from two parks on Staten Island (NYC) and compared findings of ticks collected from similar habitats in Brooklyn from April 30–September 1. They then tested 77 ticks for pathogens.

Gulf coast tick collections from Freshkills and Brookfield parks on Staten Island, NYC, included both adult and immature ticks. Ticks were found in both native and invasive grass habitats. No Gulf coast ticks were collected in Brooklyn. Of the ticks tested, 52.6% were found to be infected with Rickettsia parkeri—the etiological agent of R. parkeri rickettsiosis.

Researchers caution that this high rate of infection in such a densely populated urban center is a concern to public health and that the medical community needs to be aware of both the presence of this vector as well as the symptoms associated with R. parkerii infections.

Access to the full text article can be found here

Other LDA articles on Gulf coast ticks can be found here