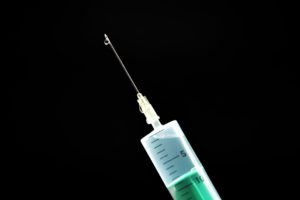 Valneva-Pfizer Lyme disease vaccine candidate, VLA15, will take place on the Vineyard. This trial phase will investigate the extent to which the vaccine provides protection.

Among the Vineyard facilities assisting with the trial will be Vineyard Medical Care. Michael Loberg, president of Vineyard Medical Care and a member of the Tisbury board of health, said the plan is to have four customized medical trailers with staff who will administer the vaccine to hundreds of trial participants that are expected to take part.

Loberg says that the trials will aid in addressing “one of the major unmet medical needs we have here on Martha’s Vineyard.”

Tisbury health agent Maura Valley said the trials are expected to be in a double-blind format starting in August. A second shot will be given approximately 60 days afterward, as well as a booster dose in April.

Valley described Lyme as “one of our biggest public health issues on the island” and is hopeful that the vaccine will be beneficial. She anticipates that many people will be interested in signing up for the trial. Information on how to sign up as a participant will be made available in the coming weeks.

According to Pfizer, VLA15 is currently the only Lyme disease vaccine candidate in clinical development. Those involved in the trial hopeful that it will bring a reduction in the prevalence of Lyme disease in areas, such as Martha’s Vineyard, where the disease is has become widespread.

Valneva and Pfizer have announced that the two companies have entered

into an Equity Subscription Agreement and have updated their Collaboration and License Agreement terms for the Lyme disease vaccine candidate, VLA15. As previously announced, Pfizer plans to begin Phase 3 studies of VLA15 in Q3 2022.

Based on the Equity Subscription Agreement, Pfizer will invest $95 million in Valneva to expand the Lyme vaccine partnership. Valneva, which is a specialty vaccine company, plans to use the proceeds from Pfizer’s equity investment for its Phase 3 development study.

Based on the successful completion of the scheduled VLA15 Phase 3 study, Pfizer may propose a Biologics License Application (BLA) to the U.S. Food and Drug Administration as soon as 2025. 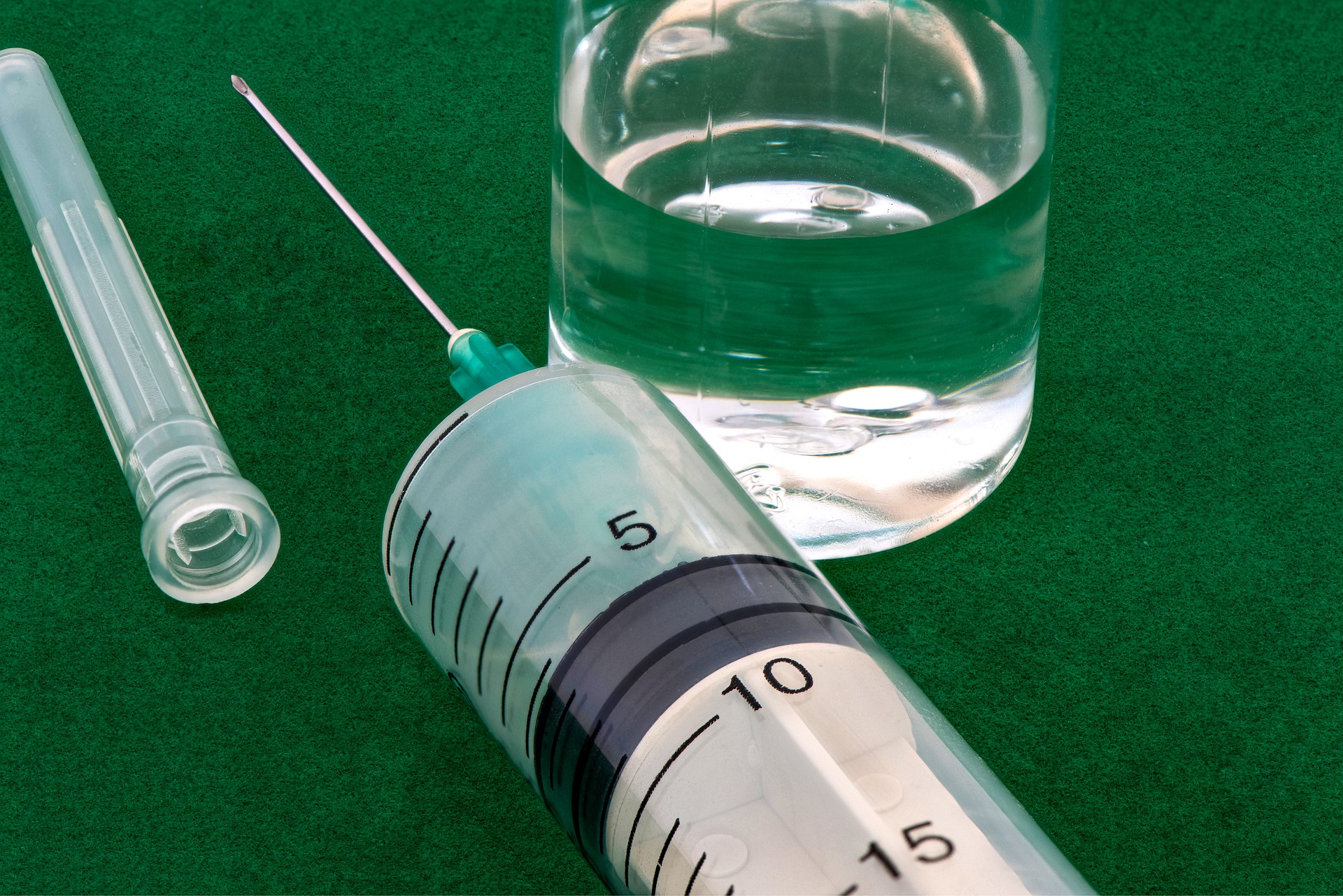 Positive Phase 2 clinical trial results for the Lyme disease vaccine candidate (VLA15) in the pediatric population have just been announced by Pfizer and Valneva. VLA15 is currently the only Lyme disease vaccine candidate in clinical development, and is the first clinical study to enroll children aged 5 to 17 years old. This phase 2 clinical study compared the “immunogenicity and safety” of the vaccine after patients received either two or three primary doses in various age groups.

Results of the study showed that pediatric patients who received VLA15 as part of either a two or three dose regime developed more immunity than in adult patients. Researchers contend that this new data supports the “strong immunogenicity profile” already reported for adults aged 18 to 65 years.

Pfizer and Valneva plan to release the clinical trial data in both publication and presentation in the future. They also plan to continue to enroll pediatric patients in their proposed phase 3 trial, expected to commence in fall or 2022, which will further evaluate VLA15  efficacy and safety in patients 5 years old to adults.

The safety and tolerability of the vaccine given to the 5-17-year age group was similar to the earlier reported profile in adults, while no vaccine-related serious adverse events were recorded.

Kathrin Jansen, senior vice president and head of vaccine R&D at Pfizer, said: “The medical need for vaccination against Lyme disease is steadily increasing as the geographic footprint of the disease widens. The positive paediatric data marks an important step forward in the ongoing development of VLA15, and we are excited to continue working with Valneva to potentially help protect both adults and children from Lyme disease.”

The two companies plan to present the data for publication and presentation at a future scientific congress. 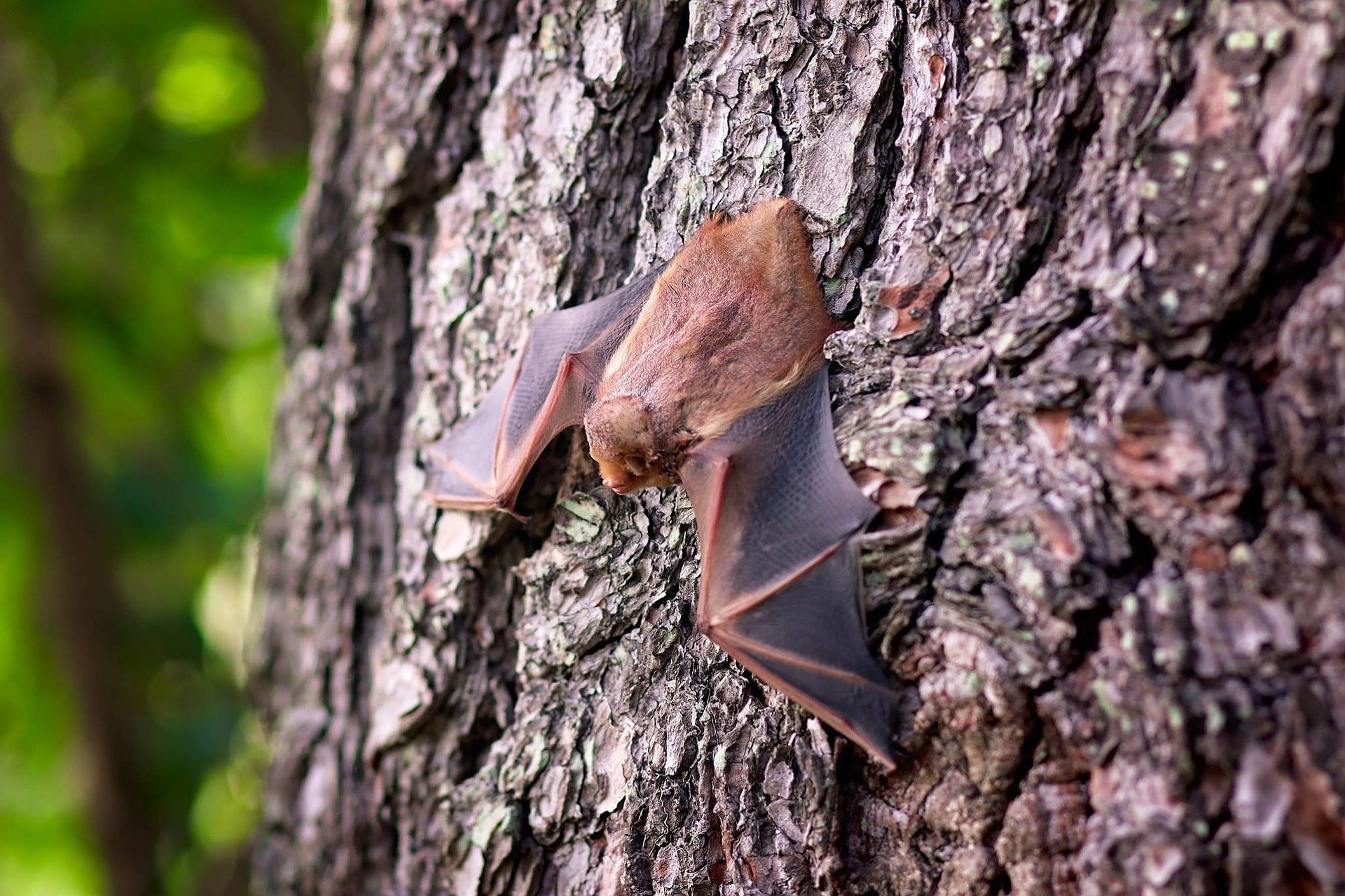 National Geographic has published an article that discusses a renewed effort to develop a highly controversial technology, ”contagious/self-spreading vaccines.” This vaccine technology is being reexamined and studied to stop the spread of many zoonotic diseases.

Several teams of researchers from around the world are reviving the controversial research that began in the 1980’s. The goal is to produce a contagious vaccine that would replicate in a host’s body and then spread efficiently among the close members in a wildlife community. If successful, this vaccine could confer immunity to disease; and can spread from animal to animal or person in the same way diseases do. It could protect entire populations of wildlife or people from a suite of microbial illnesses.

Hopes are that this technology could prevent the next pandemic, as many experts believe happened with COVID -19, by reducing infectious disease transmission among wild animals, essentially stopping pathogens from “jumping” from wildlife/animals to people, however the research is controversial.

Contagious vaccines for Ebola, bovine tuberculosis, and Lassa fever are already underway, being developed by researchers, and it is thought that the technology could be targeted to other zoonotic diseases, including rabies, West Nile virus, the plague, and Lyme disease.

Contagious vaccines may provide a potential solution to the difficulty and challenges of administering standard vaccines to each individual animal; however, these vaccines involve genetically engineered viruses. Advocates for the vaccines believe that they can potentially prevent the next pandemic, while others are concerned that the viruses used in these vaccines could have unintended consequences such as mutations, species jumping, or other unforeseen widespread impacts on entire ecosystems. To date, there has been only one “proof-of-concept field test.” 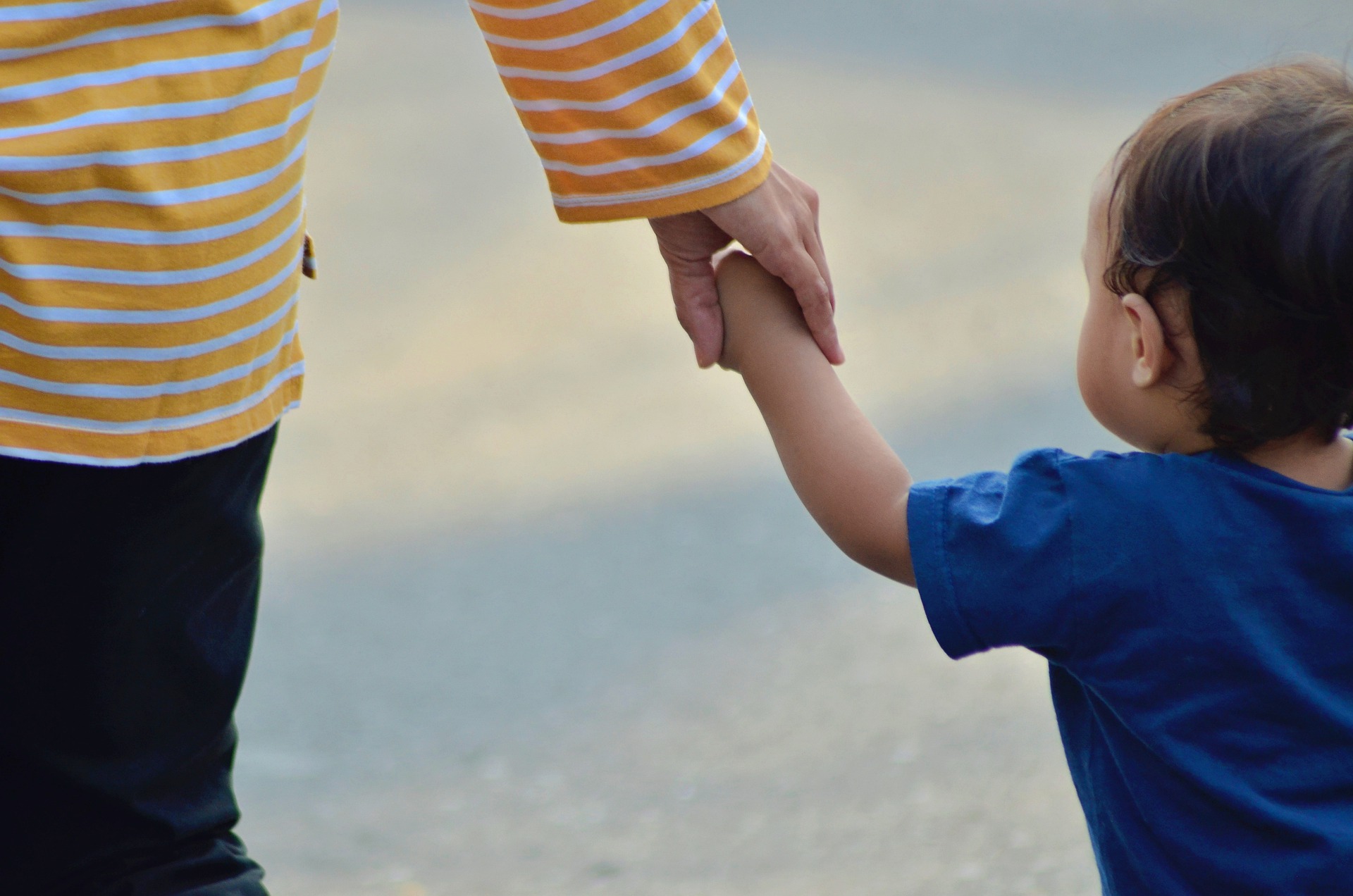 The FDA has just announced that they plan to postpone their scheduled advisory committee meeting on Pfizer’s COVID-19 vaccine for children ages 6 months to 4 years. They do not expect to reconvene for a few more months pending additional data required to move forward.

A two-dose vaccine series failed to meet “immunobridging” criteria in a study evaluating the youngest children. Pfizer explained in a previous statement that a third dose “may provide a higher level of protection in this age group.” The ongoing clinical study plans to evaluate a third dose at least two months after the second dose of the two-dose series in this age group of children.

The FDA ultimately decided that “additional time regarding a third dose should be considered,” and postponed the advisory committee meeting until further data was available. 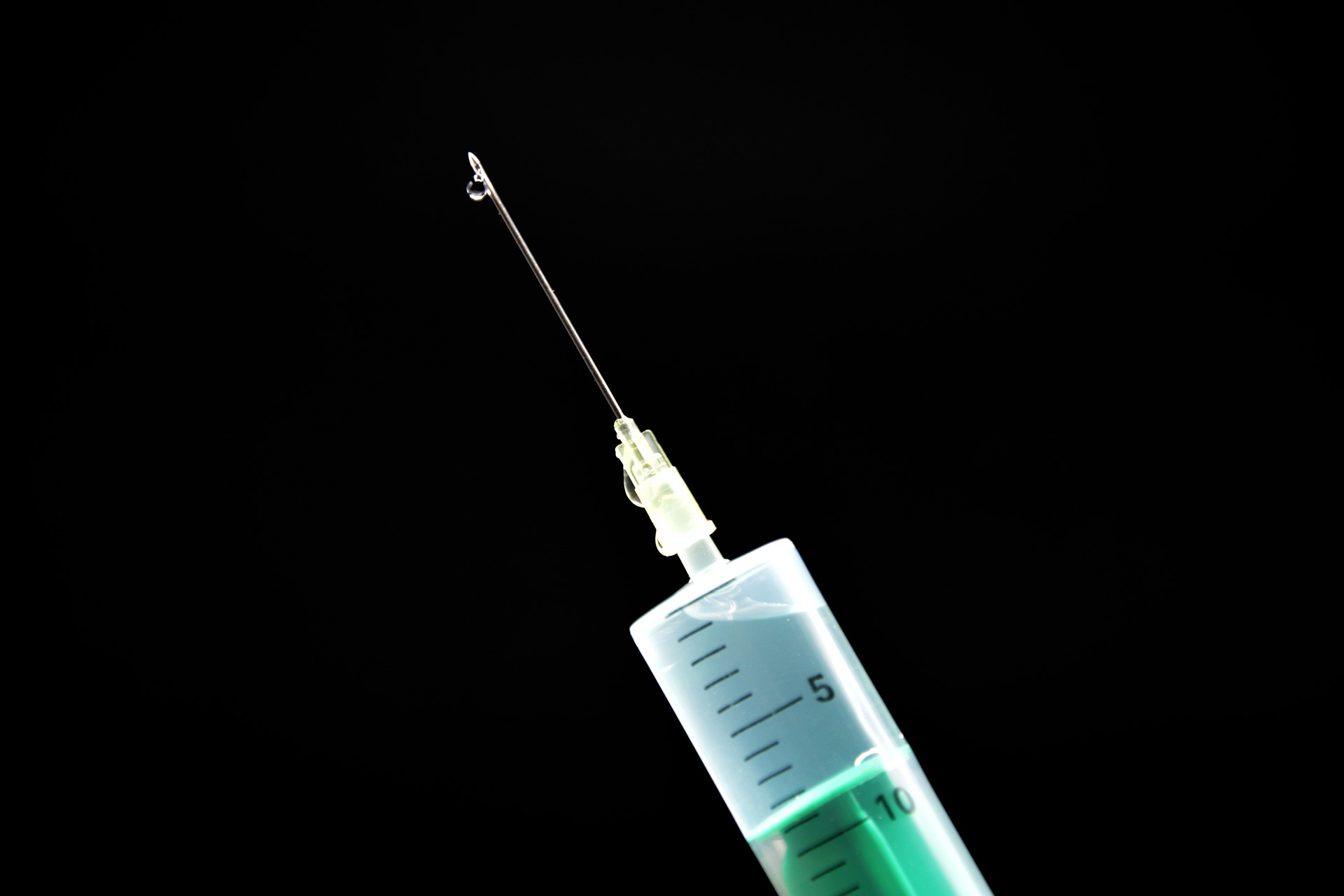 In a February 4, 2022 news release Valneva/Pfizer reported positive Phase 2 data findings for their Lyme disease vaccine candidate, VLA15.  According to the news release, findings of the Phase 2 trial show there is value in adding a third dose of vaccine. In the Phase 2 clinical trial, researchers found a stronger immune response in adult participants who received three doses versus two doses of VLA15. The induction of anti-OspA IgG (anti-outer surface protein A immunoglobulin G) antibody titers was found to be higher in trial participants who received the three-dose primary series compared to those who received the two-dose primary series. The three-dose regimen provides the VLA15 second dose at two months and the VLA15 third dose at six months.

The Phase 2 clinical trial for pediatrics (aged 5-17) is ongoing with initial data results expected to be released in summer 2022. Valneva/Pfizer plans to evaluate the three-dose VLA15 regimen in a Phase 3 clinical trial in both adult and pediatric study participants beginning fall of 2022, subject to regulatory approval.

For more information on the Valneva Lyme vaccine history:

For information on the first Lyme vaccine, LymeRix–withdrawn from market:

Pfizer has received priority review for their vaccine, TicoVac, which protects against tick-borne encephalitis. This tick-borne virus can cause meningitis and trigger long-term neurological symptoms in humans. If approved, the vaccine would potentially protect travelers and members of the United States military that are deployed to regions where the virus is common, such as Europe and parts of Asia.

TicoVac is an inactivated virus vaccine that has been highly effective at preventing tick-borne encephalitis throughout Europe for four decades. With this FDA fast-pass, it is hoped that a US approval would occur by August and would simplify the process for US military members to get the vaccine.

Pfizer is also developing a vaccine for another tick-borne illness: Lyme disease.

This new study builds on previous studies, including new dose regimens as well as being the first clinical study to include children between the ages 5-17 years. Advancement to Phase 3 studies will depend on the outcome of this study.

Six serotypes prevalent in both North America and Europe will be covered by this vaccine and the vaccine targets one of the most dominant surface proteins expressed by Borrelia the pathogen when present in a tick, the outer surface protein A (OspA).

Note: The Lyme Disease Association Inc. has not taken a position on this vaccine but presents current information so consumers take actions relating to any information presented or can make informed decisions on issues presented.