In the article, Dr. Maloney highlights the expensive cost of Lyme disease, stating that, “Nationwide, the annual direct medical costs could reach 1.3 billion dollars” and calls attention to the disadvantages in research the illness has suffered, as well as clinical trial evidence that is “generally scant and/or of low quality”.

The author advises that, “Blacklegged tick bites acquired in Minnesota carry a significant risk of Lyme disease,” and offers guidance for making decisions regarding antibiotic prophylaxis of asymptomatic bites.

Maloney stresses the importance of early treatment and writes, “Early Lyme disease, when promptly diagnosed and appropriately treated with antibiotics, is curable.” Above all, she states, “the risks and benefits of all options should be discussed with patients in the setting of shared decision-making in order to arrive at a therapeutic plan that fits both the clinical circumstances and the patient’s goals and values.”

This article posted with permission from Minnesota Family Physician. 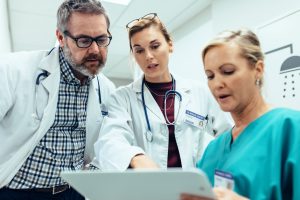 A free downloadable brochure “What Every Primary Care Clinician Should Know About the Diagnosis of Lyme Disease” is available through the LDA website (Click here for brochure), and PTDE can be contacted directly by email ptde.emaloney@gmail.com or go to LymeCME for modules. 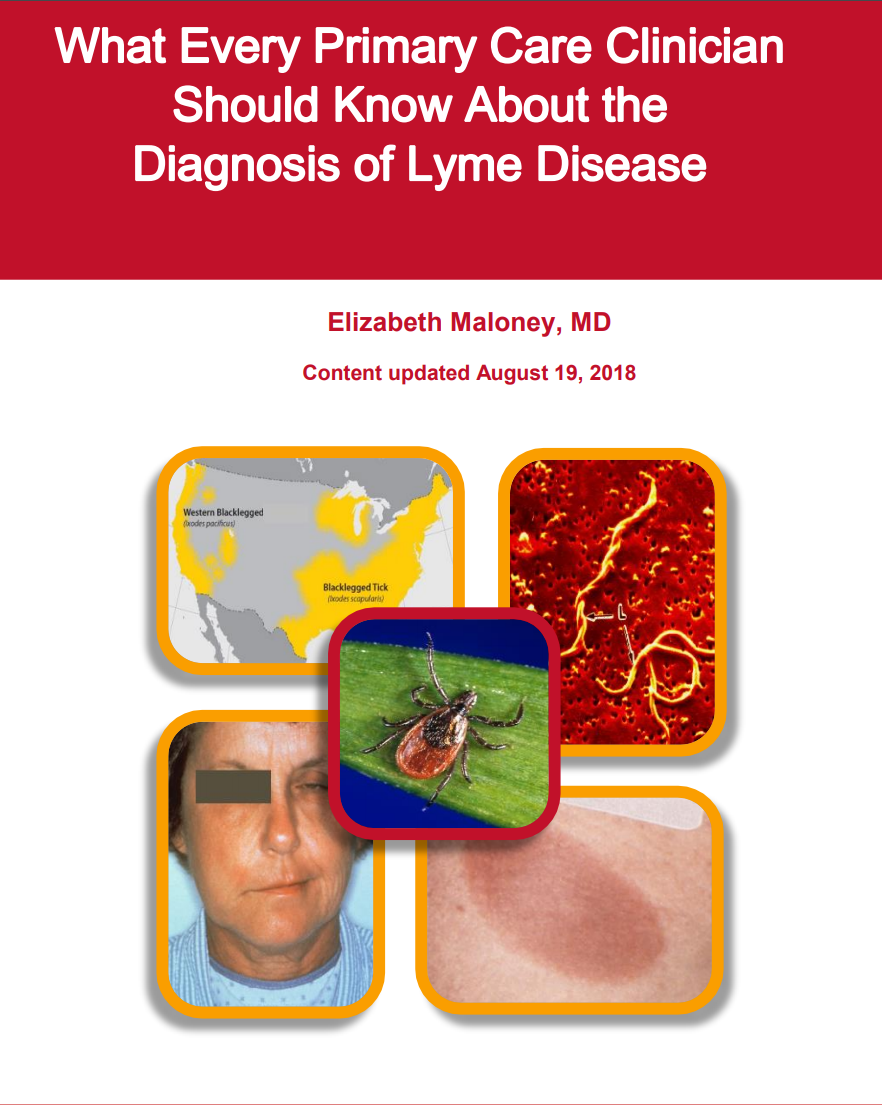 Purpose & Disclaimer: The Lyme Disease Association, Inc. (LDA) website, www.LymeDiseaseAssociation.org, is intended as a resource for all individuals interested in learning about Lyme disease and other tick-borne diseases. The information presented is for informational purposes only. No information on the site should be considered medical or legal advice. The LDA does not give medical or legal advice. Any information on the site should not be used to take the place of advice from your personal physician or from any other professional. Any health care or legal information on the website is attributed to the professional(s) who wrote the information and is not necessarily endorsed by the Lyme Disease Association. Links to other sites are provided for ease of research, and information on those sites is the opinion of those who publish the sites and is not necessarily that of the LDA. The LDA does not endorse professionals, products or services.

The International Lyme & Associated Diseases Society, ILADS, has announced the publication of its new 2014 guidelines: Evidence Assessments and Guideline Recommendations in Lyme disease: The Clinical Management of Known Tick Bites, Erythema Migrans Rashes and Persistent Disease, published in the August 2014 edition of the journal Expert Review of Anti-infective Therapy. Instead of a fixed duration for therapy, the Guidelines encourage clinicians to base therapy on the patient’s response to treatment, including follow-up and therapy adjustments and take patient values into consideration.

ILADS, the first organization to issue Lyme disease guidelines which comply with the standards set by the Institute

of Medicine for developing trustworthy protocols, provides a rigorous review of pertinent medical literature and contains recommendations for Lyme disease treatment based on the Grading of Recommendations Assessment, Development, and Evaluation (GRADE) process. The Cochrane Collaboration and the World Health Organization also use this review format, according to ILADS Guidelines author, Lorraine B. Johnson, JD, MBA.

The Guidelines say current antibiotic protocols used by many physicians to prevent or treat Lyme disease are inadequate, leading to an increased risk of Lyme disease developing into a chronic illness. According to Daniel Cameron, M.D., M.P.H., lead author, “Chronic manifestations of Lyme disease can continue long after other markers of the disease, such as the erythema migrans rash, have resolved. Understanding this reality underlies the recommendation for careful follow-up to determine which individuals with Lyme disease could benefit from additional antibiotic therapy.”

The 2014 Guidelines replace the previous ILADS treatment guidelines published in the same journal in 2004. Click here for ILADS press release on the new guidelines.*

The Lyme Disease Association, Inc., LDA, supports the right of doctors to utilize clinical discretion in treating Lyme disease and the consideration of patient values in the process. The new 2014 ILADS Guidelines provide for those important tenants. Physicians and patients alike should have availability of and become familiar with the Guidelines to ensure the best possible Lyme disease treatment outcome.

*Author affiliations: Cameron is President of International Lyme and Associated Diseases Society. Johnson is Executive Director of Lymedisease.org. Maloney is a Provider of continuing medical education courses on tick-borne diseases.

Elizabeth Maloney, MD, Wyoming, MN, one of the authors, has been a speaker/facilitator at several recent LDA/Columbia Lyme and tick-borne diseases conferences (LDA stock photo)