Nature Noir: A Park Ranger’s Patrol in the Sierra by Jordan Fisher Smith 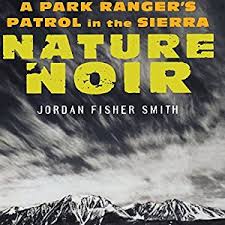 Chapter 11 of Nature Noir: A Park Ranger’s Patrol in the Sierra has information on Lyme disease in California and tells the story of park ranger, Jordan Fisher Smith and his own experience with the disease.

In 1962, the federal Bureau of Reclamation presented Congress with a proposal to dam the north and middle forks of the American River, on the west slope of California’s Sierra Nevada range. As construction began in 1967, the government bought out or condemned previous landowners, depopulating 48 miles of rugged, spectacular canyons that were to be inundated. But the dam ran into trouble on multiple fronts. Completion was delayed, squatters and gold miners resettled the canyons, and the area became a lawless Wild West. The Sheriff of Placer County refused to continue to answer calls there. Sweeps by the US Marshall Service failed. In 1977 a group of park rangers—who thought they’d spend their careers guarding ancient redwoods, beaches, or jewel-like mountain lakes—were sent into the American River to restore order. Nature Noir follows them through a series of criminal and death investigations on condemned ground, in the shadow of the dam that has still not been completed today.

Click here for Jordan Fisher Smith’s work with the LDA