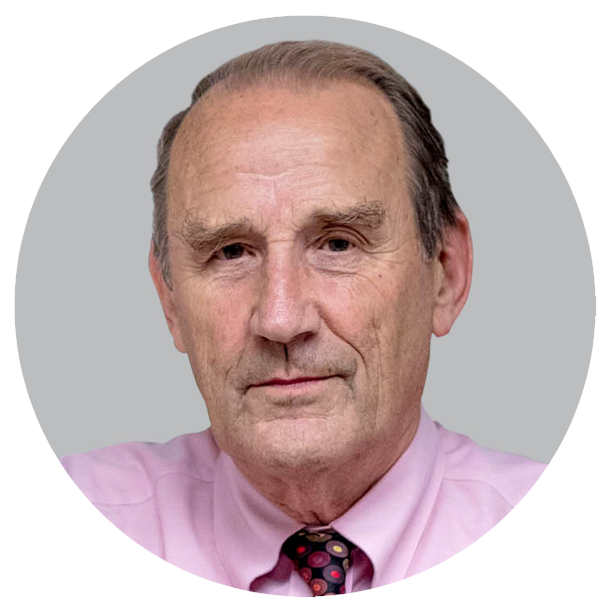 Thomas Platts-Mills MD, PhD, FRCP, FRS trained in Oxford and after completing Medical Residency in the UK went to Johns Hopkins to train in Allergy and Immunology. From 1974-1982 he worked for the Medical Research Council in London and carried out the seminal studies on the dust mite allergen Der p 1 with Dr. Martin Chapman and investigated the role of mite feces in asthma. Since 1982, he has been at the University of Virginia and has worked on many different aspects of the role of allergens in asthma. In 2007 he was asked to investigate the acute reactions to the mAb Cetuximab. He led the studies that found these reactions occurred in patients who had IgE ab to the glycosylation on the mAb, which was galactose alpha-1,3-galactose (alpha-gal) (Chung et al. NEJMed 2008). His group went on to demonstrate that these same IgE ab were causal in relation to delayed reactions to red meat, and that tick bites from the lone star tick were responsible for sensitization. In 2010 he was elected as a fellow of the Royal Society in London.

In 2008, when we published the evidence that severe reactions to the first infusion of Cetuximab were due to pre-existing IgE antibodies to the oligosaccharide galactose alpha-1,3-galactose, we knew that this oligosasaccharide was the same as the antigen which Karl Landsteiner had described as a “B-like blood group antigen” in the non-primate mammals (1). We were also aware that Uri Galili and others had provided evidence that the same oligosaccharide was a major transplantation barrier between mammals (pigs) and primates (baboons). Indeed, attempts to transplant pig organs into primates were uniformly disastrous because of hyper-acute rejection. Thus, the success of recent experiments in which kidneys from a genetically modified pig were transplanted for three days into brain-dead humans in New York, was described by one of the surgeons as being “a huge breakthrough. The kidney did not go black” (New York Times Jan 20th, 2022). What matters to us is that the only genetic modification in those pigs was to knock out the gene for alpha(1,3)-galactosyltransferase. Thus, the experiment amounts to proof that the so-called natural antibodies to alpha-gal in primates are the cause of the hyper-acute rejection between pigs and humans.

What also matters is that the company Revivicor in Blacksburg is marketing pork from these modified pigs for human consumption, and that preliminary results suggest that patients with AGS can tolerate eating “pork patties” made from alpha-gal knock out pigs.

In an area of research that is very different, two groups have recently reported that patients being evaluated for heart attack risk, who have serum IgE to alpha-gal, have more severe Coronary Artery Disease (CAD) (2,3). Furthermore, we know from ongoing studies by Jeff Wilson and Colleen McNamara that most of the patients who had sIgE to alpha-gal were not aware of symptoms related to red meat and were eating a “normal” western diet. If we believe that continued consumption of red meat and dairy contributes to accelerated CAD, then the problem is that most of the subjects are not aware that they have a problem with mammalian products. The patients who should consider going on a mammalian-free diet have no symptoms that would prompt a visit to a relevant clinic.

Interestingly, the allergist who presumably persuaded the Australian cardiologists to assay the sera of 1000 patients in their cohort was Sheryl Van Nunen, who was one of the first people to publish data on the relationship between tick bites and red meat allergy. Those studies were significant because the relevant ticks were Ixodes holocyclus not Amblyomma americanum (4). Several other species of ticks have now been associated with red meat allergy. However, in each case where a cause for the syndrome has been identified, it has been tick bites. In addition, in each country where the syndrome has been identified, the specificity of the IgE antibodies that are present on mammalian food has been shown to be alpha-gal (5).

To add insult to injury, we and others have become increasingly aware that some patients with IgE to alpha-gal only experience abdominal symptoms. Needless to say, these subjects are most likely to present to an internist or a gastroenterologist (6,7). Originally, most of these cases would have been diagnosed as Irritable Bowel Syndrome (IBS), but a GI specialist in Lynchburg tested 1000 “IBS” cases for IgE to alpha-gal and found that 300 were positive. They also recommended diets to a proportion of their cases and found that one-hundred of them improved on a diet avoiding red meat or dairy (6). The problem here is that IBS is often considered to be a functional disease with extensive CNS involvement, and there is currently no objective test to confirm or explain the abdominal symptoms. Thus the condition will need a blinded challenge to provide evidence that the symptoms are dependent on IgE antibodies to the oligosaccharide alpha-gal. Of course the AG-KO pork would be the perfect placebo for a blinded challenge.

Clearly there are a lot of problems with the syndrome, including understanding the delay; the mechanism for the cardiac effect; and why ticks are “so good” at switching the isotype of this specificity of antibodies from IgG and IgM, to IgE. Finally, the major problem is how to get evidence that a diet that avoids this epitope would decrease the risk of Coronary Atherosclerosis.