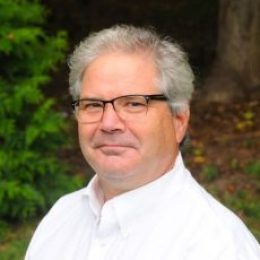 Jim is a microbiologist and has conducted antibiotic discovery research for over 30 years in big pharma and academia. Jim is currently a supervisory microbiologist at the New Jersey Department of Health conducting viral (arboviruses and covid-19) surveillance for the state. He is starting a multi-partner plan to institute a state-wide tick surveillance and testing program for the state of New Jersey. Jim is also a PhD candidate at the Center for Vector Biology at Rutgers studying the ticks of New Jersey and the pathogens they carry. Jim expects to graduate in 2022.

Let’s discuss ticks around the country.  Oh, and two things about the title. Ticks aren’t “bad”, they are just trying to perpetuate their own (just like any other organism). And ticks do not obey borders of sovereign nations or states.

There are over 850 species of tick in the world.  Approximately 180 are soft ticks (argasid ticks) and 680 are hard ticks (ixodid ticks).  Since you are reading this blog on the Lyme Disease Association website, you are well familiar with blacklegged ticks (Ixodes scapularis and west coast cousin, I. pacificus), American dog ticks (Dermacentor variabilis) and lone star ticks (Amblyomma americanum). We will now consider a couple lesser-known tick species and their public health implications.

I will start with the Gulf Coast tick, Amblyomma maculatum.  As the name implies, this tick is found primarily and historically in the southeastern US Gulf states. But its range is expanding westward and northward.  In 2013, Delaware became the northern most state with established populations. There are rumors in the tick research community that A. maculatum has been spotted in New York. Migrating ground-feeding birds are the most likely means of range expansion. On appearance the adults are sometimes confused with the American dog tick, Dermacentor variabilis.  To differentiate, the Gulf Coast tick has much longer mouthparts.

The adults feed on many different hosts such as livestock, deer as well as humans and their pets. The immatures will feed on rodents, other small mammals and birds. When fully fed and mated a female Gulf Coast tick can lay 10,000 eggs.

This species can tolerate xeric conditions which means it can survive in sunny areas with relatively low humidity. (Conditions that Ixodes scapularis would cringe at.)  It will quest in the middle of the day in sunny, non-shaded areas. Whereas some ticks must climb down from their questing positions to rehydrate, Amblyomma maculatum can “hang out” all day.

This tick is tough as nails, but what’s the news on the potential for pathogen transmission?   Amblyomma maculatum is a known vector of Rickettsia parkeri which causes tidewater spotted fever sometimes known as American boutonneuse fever.  The good news is that published reports suggest the disease is not as severe as its close cousin, Rocky Mountain spotted fever.  Another difference is that most A. maculatum bites resulting in R. parkeri transmission show an eschar or small scab at the punctum (bite mark).

In cattle and deer, the ears can be so infested it results in a condition called “gotch ear”.   In dogs this tick can cause canine American hepatozoonosis caused by Hepatozoon americanum. The weird part?  Dog contract this infection by eating Gulf Coast ticks infected with the oocysts of this protozoan and not by being bitten by the tick.

The second tick we will discuss is Carios kelleyi, the soft tick of bats in north and south America. Right off the bat (sorry) I will emphasize that bats are the victim here.  These bats are the unfortunate host of these ticks and should praised and protected for their ecological role in nature. As for the bat ticks, they have a radically different lifestyle than our more commonly encountered hard ticks. Carios kelleyi has four stages just like hard ticks:  egg, larva, nymph and adult.  That’s where the similarity ends.

These soft ticks are classified as endophilic and nidicolous. That means the hide in the nest or roost of their hosts and are rarely found outdoors. How do they find a host if they are not hanging off a blade of grass like a blacklegged tick?  They hunt based on the cues from their hosts.  Remember, they are waiting in their hosts resting area so they don’t have to “look” far.  The most important cue is probably carbon dioxide.  When the host migrates or leaves the roost for some time, these ticks will just wait in the cracks and crevices until the bats return.  And they can wait for months, sometimes years (depending on species of soft tick), without feeding. When the bats return, they give off carbon dioxide and the ticks emerge looking for a blood meal.  The other major difference between argasid and ixodid ticks is that they only feed for 30 minutes to an hour so.  They do not attach to the host for extended feeding periods (except for argasid larvae) as ixodid ticks do. Another major difference is that argasid ticks can feed multiple times for each stage.  Ixodid ticks feed only once for each stage. Argasid females also lay multiple egg batches but with fewer eggs than ixodid ticks, which lay one large batch and then die.

Is there a public health threat to humans?  On a scale of 1 to 10, surely less than 1. I say this based on this ticks’ lifestyle. Several conditions would need to be satisfied for a human to be a bite victim. There would need to be a bat-infestation (and I’m not talking one or two bats) in the home, the bat roost must have ticks and the bats were excluded or removed and the ticks are now looking for alternative blood sources. These ticks can carry Rickettsia (of the spotted fever group) and Borrelia (of the relapsing fever variety) but as far as I know, there has been only one documented case of someone testing positive for this relapsing fever Borrelia (B. johnsonii).  The disease potential of these two pathogens has not been studied.

One final note on bats: They are under protected status.  One needs to find a knowledgeable bat exclusion expert if there is a bat problem in a residence.

I have said it before and I will say it again: “Know your enemies”. Learn their habits and their ways and you will be better prepared to prevent tick-borne diseases.

*The information in this blog reflects my own opinion and not that of my employer or educational institution.