Tick Photos | What do Deer Ticks & Other Ticks Look Like?

These tick photos may help you to identify the different species of ticks and what they look like at various life stages. Some tick photos include objects to help you compare their size to the actual size of the ticks.

There are a number of ticks in the United States that can carry and/or transmit many diseases which people and their pets may get from a tickbite. Often, one tickbite can transmit several different diseases. The ticks most often talked about are the Ixodes scapularis, commonly known as the deer tick or blacklegged tick, and its western cousin, Ixodes pacificus, the western blacklegged tick. Both of these ticks transmit Lyme disease. 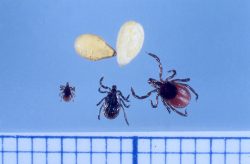 Ixodes scapularis have been shown to carry Ehrlichiosis (HME), but to date, transmission is still in question

Found throughout the Eastern part of United States 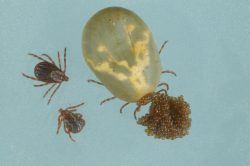 Found throughout the United States

Although a small percentage of dog ticks carry the Lyme bacterium, (Borrelia burgdorferi) transmission has not been proven. 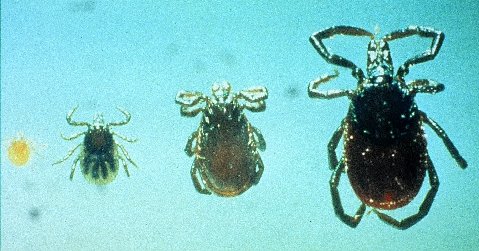 Ixodes pacificus has been shown to carry ehrlichiosis (HME), but to date, transmission is still in question. 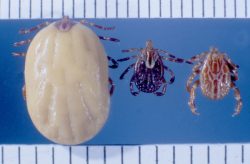 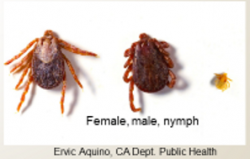