What is Lyme Disease?

Lyme disease is caused by a spiral-shaped bacteria, Borrelia burgdorferi (Bb), or by newly discovered Borrelia mayonii. It is usually transmitted by the bite of an infected tick−Ixodes scapularis in the East, Ixodes pacificus in the West. 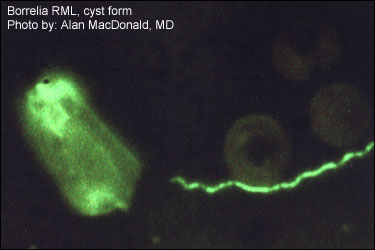 How is Lyme disease transmitted?
In the USA, the bacteria are transmitted to people and animals by the bite of an infected tick, Ixodes scapularis, (commonly called the blacklegged or deer tick), and Ixodes pacificus (western blacklegged tick) in the West. Although other types of ticks such as the Dermancentor variabilis (American dog) and some insects have been shown to carry the Lyme bacteria, to date, transmission of Lyme through those vectors has not been proven.  The longer a tick is attached, the greater risk of disease transmission.

The Lyme bacteria has been proven to survive blood banking conditions; however, to date, no transmission has been proven through blood transfusions in humans. Studies have shown transmission through this route in mice in the lab. Note: Other tick-borne diseases have been transmitted through the blood supply.
The bacteria can also be passed through the placenta of a pregnant woman to the fetus—congenital transmission. The DNA of the bacteria has been found in breast milk, but no transmission has been proven to date in humans.
There is no proof to date that Lyme is sexually transmitted, although some preliminary studies have found PCR positives for the DNA of the Lyme bacteria in semen and in cervical tissue. These findings do not prove sexual transmission, but some physicians feel because the Lyme and syphilis spirochete (bacteria) are similar, Lyme may be sexually transmitted.

Lyme disease is found in approximately 80 plus countries worldwide, and 50 states in the USA, although different types of ticks and different strains of bacteria may be involved. In the USA the number of new cases of Lyme disease contracted each year is approaching 400,000. Many of those cases will include co-infections. 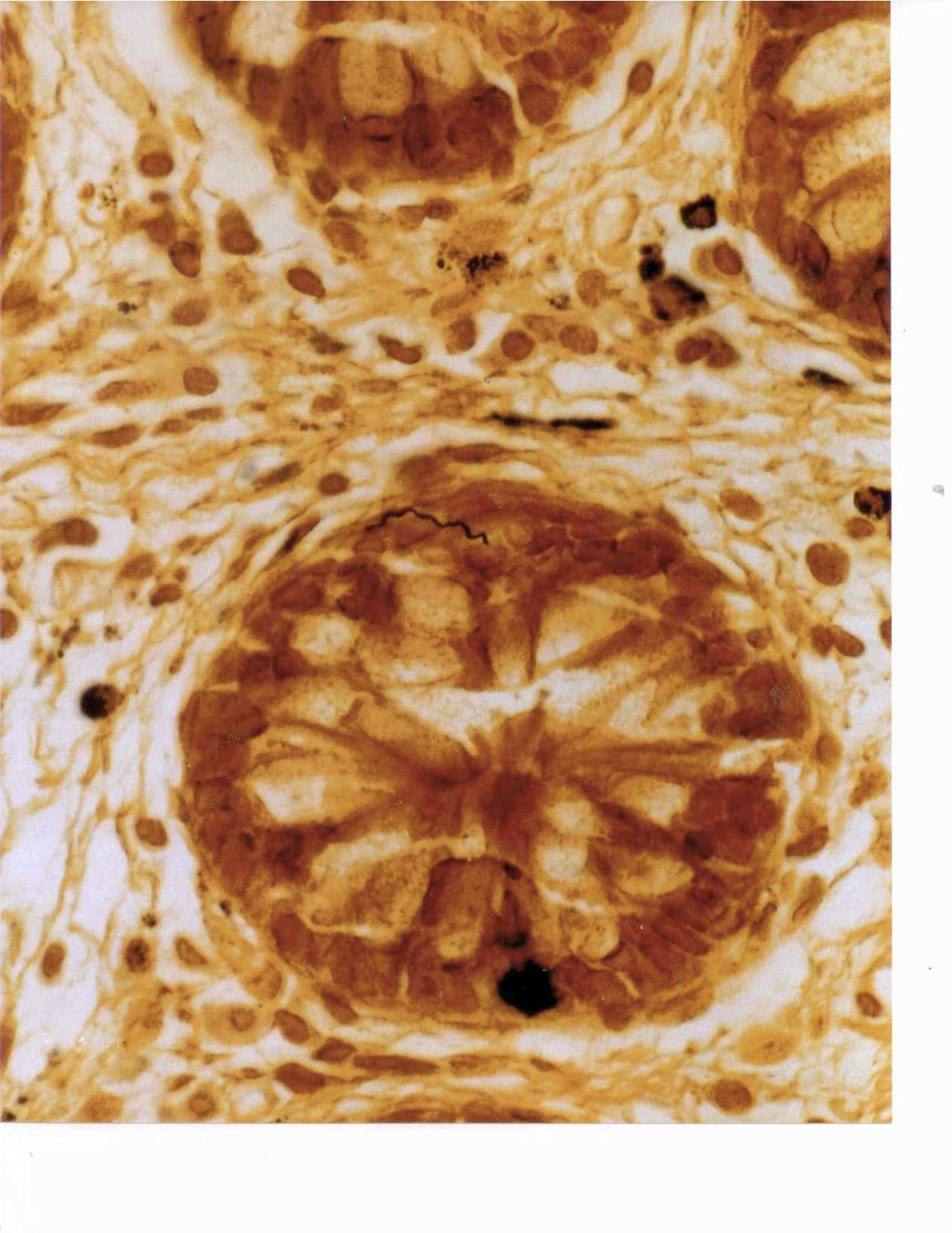 Image Borrelia burgdorferi (Lyme disease bacterium) in the Human Colon. Courtesy of Martin Fried, MD.
© LDA.  2015, 2016, 2020. This website provides practical and useful information on the subject matters covered. It is distributed with the understanding that LDA is not engaged in rendering medical or other professional services. Seek professional services if necessary.
« Pregnancy, Breastfeeding & Lyme Bibliography » Lyme Rash Poster

Conference video replay is available thru the hub for registrants until 10/24. Click hereCME Attendees:  You must fill out your CME Survey form by October 25 in order to receive your certificate. Click for CME survey on the hub